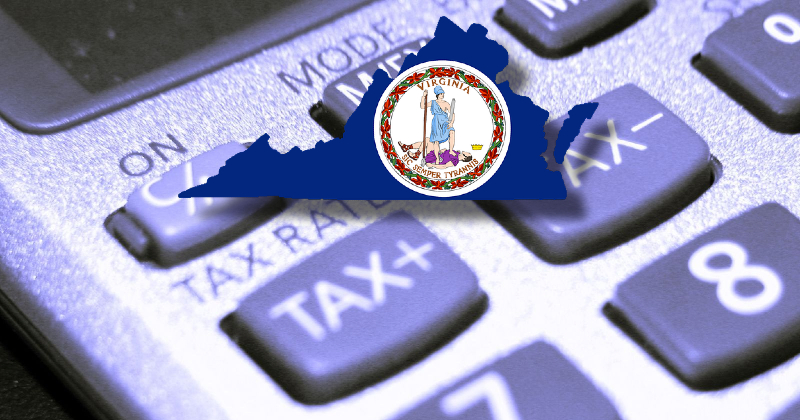 Last week Virginia collected another $76 million in carbon tax dollars through the ongoing Regional Greenhouse Gas Initiative allowance auction. That was the sixth such sale since Virginia joined RGGI, and the state’s total tax take is now $378 million in 18 months.

Do not for one minute allow yourself to be fooled into thinking this money is not coming out of the pockets of Virginia’s citizens or businesses. Do not fall for the ploy Dominion Energy Virginia is attempting by claiming it will charge it off to “base rates.” The pea is still under your walnut shell.

In a few weeks several new members will arrive on the Air Pollution Control Board, perhaps changing the balance on this issue. It was the Air Board that issued the regulations imposing the RGGI carbon tax on Virginia’s largest fossil fuel power production plants, most of them part of Dominion. It is the Air Board that can amend or remove the regulation. This is the path Governor Glenn Youngkin (R) has chosen to keep his promise to get Virginia out of RGGI.

The proposed regulatory language is not public yet, but the assumption is that it will suspend Virginia’s membership in RGGI upon publication. Then the lawsuits will begin, probably. RGGI’s supporters claim participation is mandated by state law, while others (me included) believe the statute is merely permissive. Some kind of carbon dioxide reduction scheme may be mandatory, but not the RGGI tax.

Anticipating the regulatory move, Dominion filed a petition with the State Corporation Commission asking to also eliminate its monthly bill adder which passes the RGGI tax on to consumers. It asked for the change to happen as of July 1. Everybody’s bills will soon reflect the recently exploding cost of fossil fuels and getting rid of the RGGI charge will lower the net impact (a bit).

But the RGGI collection started late and was set low, meaning the money collected on bills through July 1 will fall short of the amount Dominion has paid. When the petition was filed, the figure of $178 million still outstanding was mentioned. That apparently included a projection for this most recent sale.

Yes, it is a given that Dominion’s base rates remain excessive and are piling up cash on the books. It has the money. But if customers don’t pay it through a continued rate adjustment clause on the bills, that means $178 million less in excess profits Dominion might have to refund in a future rate case. It also reduces the risk that the SCC might order base rates to go lower due to overcollection. The math on what’s best for consumers gets complicated.

The clever folks in the environmental community filed a response to Dominion’s petition that called its bluff. It proposed that any future carbon allowance costs also be charged to base rates, treated as an expense already built into those rates. Dominion’s petition only deals with the RGGI tax through this month. That idea is vigorously opposed by Dominion in its response to the responses, asserting it has every right to collect it in any manner it chooses.

The Appalachian Voices petition is a quite cheeky, worth a read:

Dominion’s request proves that it could comply (and always could have complied) with the emissions reduction program without raising customer costs at all. In fact, this petition shows that Dominion had every opportunity to put these costs into base rates from the beginning but instead, at its own election, decided to raise customer bills through a rate adjustment clause….

With this petition, however, the game is up. The Governor’s basis to repeal Virginia’s emissions reduction program is a proclaimed “emergency” arising out of the costs imposed by Dominion on its customers. Dominion, however, has now admitted that such an “emergency” only exists because of the cost recovery mechanism Dominion voluntarily chose to impose on its customers. In reality, the current petition makes clear that Dominion can comply with Virginia’s emissions reduction program without increasing bills at all.

Appalachian Voices has a fair point that the $1 billion in unplanned fuel costs about to hit Dominion customers is far more of an emergency than the current RGGI tax. However, the group ignores the environmental movement’s role in constricting natural gas supply to raise those prices.

Meanwhile, on another front, the recent budget conference report approved by the General Assembly shows it has taken only one budget cycle for the RGGI tax dollars to inspire legislative greed. As the Virginia Mercury first reported, mission creep is evident and the original plans for the money are being ignored.  The legislators diverted $25 million to a new Resilient Virginia Revolving Loan Fund, and $11 million for flood relief in the Southwest Virginia town of Hurley. There is no sea rise in Hurley.

Is anybody surprised? The people who believe RGGI will save the planet from Catastrophic Climate Change need allies in their holy mission, and cash works just fine in recruiting them. Playing politics with the money is just more proof we need to get out of this cap-and-tax scheme at the earliest possible moment. But the environmental community is building up for a major campaign to defeat Youngkin and protect the honey pot.

This recently from Walton Shepherd at the National Resources Defense Council:

Because RGGI was passed by the Virginia General Assembly with broad, bipartisan support, Youngkin has so far failed in his attacks. We need to keep it that way.

In only the first year of RGGI’s operation in our Commonwealth, it has already:

Decreased carbon pollution so significantly that it will deliver Virginians $34 million in health benefits annually, through avoided hospital visits and more.

In fact, Republican legislators had RGGI totally bottled up when they controlled both chambers, and the House this year voted to repeal it. RGGI has never had much bipartisan support (well, they like it in Hurley now). As to the claimed health benefits, nothing could be more bogus. But passions are running high.

A version of this commentary originally appeared on June 5th in the online Bacon’s Rebellion.

Stephen D. Haner is Senior Fellow for State and Local Tax Policy at the Thomas Jefferson Institute for Public Policy. He may be reached at steve@thomasjeffersoninst.org.
View all posts by Stephen D. Haner →
This entry was posted in Economy, Energy, Environment, State Government, Taxes. Bookmark the permalink.