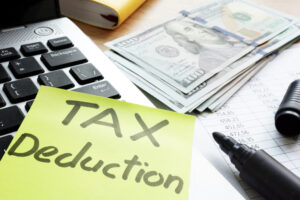 One of the big financial winners with the May 1 Virginia minimum wage increase is the state itself, because the entire raise is subject to a 5 percent state income tax. With its low standard deduction and personal exemption amounts, Virginia squeezes income tax out of even its lowest wage workers.

In light of the massive tax increases Virginians have seen due the Governor Ralph Northam’s recent policy changes, some of the heaviest falling on the state’s businesses, it is clear the state is on a sound financial footing. Another major surplus of more than $500 million looms. The initial 2019 promise made by the legislature to continue efforts for tax reform, abandoned by both parties after the 2019 election, should be revived.

The recommended focus remains the same as the Thomas Jefferson Institute position two years ago:

Complaints that the state cannot afford this should be hooted down, although it may need to be phased in, starting with a standard deduction increase to $6,000 for an individual and $12,000 per couple. State General Fund tax revenues are up about 30 percent in just four years, and the explosion from the tax increases and super-heated economy is just starting. If the Biden Administration gets even part of the tax package it wants through Congress, Virginia will quickly conform to any of the changes that produce additional revenue for the state. Most of them will.

The next Governor and 2022 General Assembly should act immediately to protect Virginia families and the Virginia economy from what is coming. Shielding a higher portion of every Virginia family’s income from income tax is easy to explain and provides a level tax benefit to rich and poor. As a portion of income, it is of far greater benefit to the lower income workers.

In 2019, Virginians were asked about doubling the standard deduction as a method to return some of the coming state tax bonanza due to the 2017 federal tax bill. By wide and bi-partisan margins they endorsed the idea, but the General Assembly took only a small step and raised the deduction 50 percent. A major increase in the standard deduction will be just as popular today, if not more so.

The Thomas Jefferson Institute also recommended changes to the corporation income tax in 2019, which again were roundly ignored by leaders of both parties. It was clear that the federal rules changes in the Tax Cuts and Jobs Act of 2017 would produce an avalanche of new state corporate taxes unless we made state-level adjustments. Fixing that is of lower priority than the other two goals, a meaningful standard deduction and annual inflation adjustments.

The General Assembly has now decided to increase the state’s fuel taxes annually to keep up with inflation in future years. It has voted to raise the minimum wage annually due to match inflation. It is long past time to give the same protection to Virginia’s taxpayers. The current chair of the House Finance Committee in the General Assembly, Delegate Vivian Watts, D-Annandale, has introduced an indexing bill already, but so far has been unsuccessful.

Many Democrats share the desire to reduce income taxes on Virginia families by working up from the bottom but prefer to do it with a mechanism called the Earned Income Tax Credit. Recent General Assemblies have also considered and rejected efforts to make that tax credit “refundable,” meaning that taxpayers who qualify could actually receive an annual check from the state. The proposal is likely to surface again.

That approach does nothing to reduce the tax burden on middle income Virginians because the EITC phases out quickly as income rises. And it involves the state taking the taxes out of paychecks and then returning them at a later time, rather than simply not taxing it in the first place. EITC becomes just another government entitlement, more bureaucracy.

Many Democrats also oppose the idea of a higher standard deduction because the benefit is nearly universal, reaching even higher income families if they do not take itemized deductions. If the federal tax changes President Joe Biden wants are enacted, the higher state standard deduction will make only a small dent in higher tax bills coming their way.

Finally, matching the federal standard deduction brings Virginia into line with a number of other states competing with Virginia for new jobs and residents. The District of Columbia and South Carolina match the federal amount, and North Carolina comes close. For most low income Virginia workers and many retirees, there would be zero income tax, the same as in Florida, Texas, or Tennessee.

Stephen D. Haner is Senior Fellow for State and Local Tax Policy at the Thomas Jefferson Institute for Public Policy. He may be reached at [email protected]
View all posts by Stephen D. Haner →
This entry was posted in Economy, Government Reform, State Government, Taxes. Bookmark the permalink.