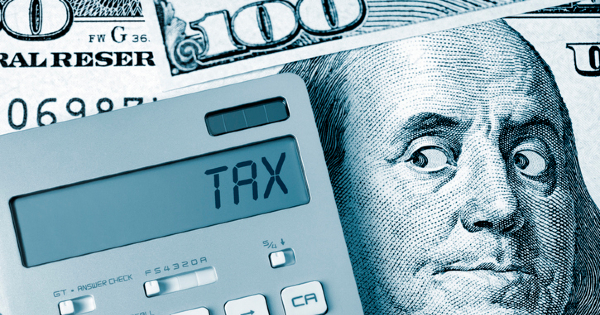 With the release yesterday of the April 2021 Virginia state revenue report, covering ten months of the fiscal year, a correction in an earlier report becomes necessary. Overall general fund state tax collections are not up 26 percent so far compared to four years ago, they are up almost 30 percent. Corporate income tax collections are not up 68 percent, but 86 percent over the same period four years ago.

Your correspondent regrets the error and admits jumping the gun after the March report knowing things would become more dramatic soon. Since the essence of good communication is repetition, expect another update in a month. And as has been the case for a while now, expect Governor Ralph Northam to seek to distract the voters from what is really going on.

“Virginia is posting the largest monthly revenue increase in the 21st century this month, in sharp contrast with many other states,” said Governor Northam. “Make no mistake—this is the result of strong fiscal management and Virginians doing the right things to put this pandemic behind us. People are getting back to work, businesses are investing, and we expect this surge to continue in the months ahead as our economy returns to full strength.”

They don’t want Virginians to focus on the tax increases which have fueled this massive revenue explosion:

This does not include or reference the motor fuel tax increases also imposed under this Governor, the carbon tax to be hidden on your electric bills, or the host of local taxes authorized for transportation and other functions.

“…in sharp contrast with many other states,” the Governor said. Well, no. That is not accurate, either. Quite a few other states are doing fine.

In December, the Tax Foundation looked at the first nine months of calendar year 2020 (January to September), which included the recessionary period. Overall state tax revenues were down only 4.4 percent for the period, and local revenues were up. There were winners and losers, of course, but only nine states were showing double digit percentage losses. Many of those were dependent on energy severance taxes.

Looking just at the second and third quarter, overall state revenues were down 8 percent, but the first quarter (pre-pandemic) had been strong, and the year finished strong. The economy has been on an upward swing for months now, not just in Virginia and despite the real pandemic peak in January.

The myth of a foundering economy and struggling states and cities continues to fuel massive federal “relief” spending, and earlier today the Governor issued another press release, a joint statement from him and his fellow Democrats (no Republicans mentioned) on how they intend to spend the next $4.3 billion in federal post-COVID emergency largess, with another $2.7 billion going direct to the state’s localities. The total is $7 billion, and a special session of the Assembly will be needed to parcel it all out.

Their priorities for the American Rescue Plan Act dollars are: Public health, business grants (watch out or they will be taxed), replenishing the unemployment insurance trust fund to prevent huge tax increases on employers, school construction and repairs and broadband.

The one thing the coming special session will likely not do is consider any tax relief for Virginians. In case you missed it, the most recent Biden Administration spending spree included a provision seeking to prevent any of the states getting the money from cutting their taxes. It is unprecedented federal interference with the financial independence of state governments.

Within the past few days, the U.S. Department of the Treasury issued complicated guidance on a number of issues raised by the Biden Administration legislation, and according to another Tax Foundation summary tax cuts are not totally prohibited. Wrote analyst Jared Walczak:

Crucially, Treasury proposes to use inflation-adjusted Fiscal Year 2019 tax revenue as a baseline for determining whether there has been a net tax reduction. This means that states can unequivocally cut taxes out of organic revenue growth. If a tax cut reduces revenue compared to what it would have been on a current policy baseline, but revenues are still up in real terms, this does not violate the provisions of the American Rescue Plan Act and would not lead to a recoupment of any federal funds.

Organic revenue growth? With the revenue explosion Virginia has enjoyed during these four taxing years, surely there has been enough of that to find some way to relieve Virginia families.

Stephen D. Haner is Senior Fellow for State and Local Tax Policy at the Thomas Jefferson Institute for Public Policy. He may be reached at steve@thomasjeffersoninst.org.
View all posts by Stephen D. Haner →
This entry was posted in State Government, Taxes. Bookmark the permalink.