Posted on November 5, 2020 by Jim Bacon
Share this article on:

So, where do yesterday’s elections leave us?

We don’t know who won the presidential election, and we probably won’t know for days, if not weeks. Still, we can draw some meaningful conclusions.

Virginia remains a solid blue state. The Democrats’ political dominance has jelled. With 98.44% of votes reported, Joe Biden beat Donald Trump in the presidential election by 53.7% to 44.5% — a nine-point margin. Democratic Senator Mark Warner trounced his Republican opponent Daniel Gade by an eleven-point margin. And Democrats won, or were poised to win six of eleven House seats, with only the election between incumbent Abigail Spanberger and challenger Nick Freitas too lose to call.

Northern Virginia has transformed the demographic equation. Not only do a handful of Northern Virginia localities dominate Virginia’s electorate in the absolute number of voters, NoVa is lopsidedly blue. Biden’s margin of victory was 64.7% in Arlington County, 62.% in Alexandria, 41.9% in Fairfax County, 28.7% in Prince William County, and 24.7% in Loudoun County.

Democrats dominated big-metro suburbs. But there was more to the Democratic Party victory in the Old Dominion than Northern Virginia. Biden swept the most populous suburban jurisdictions. He captured a small majority of votes in Stafford County, traditional red territory. In Hampton Roads he dominated Virginia Beach by a 7.6% margin and Chesapeake by a 6.1% margin. In metro Richmond, Biden blew out Trump by 5.9% in Chesterfield and by an astonishing 27.8% in Henrico County.

Trump hatred as a factor. Have Republicans irretrievably lost Virginia’s suburbs? The conventional media wisdom is that the polarizing figure of Donald Trump alienated suburban women. I expect the in-depth, post-electoral analysis will support that conclusion. Gone are the days of the “angry white male.” Now we live in the era of the “angry white female.” Trump hatred was surely exacerbated in Northern Virginia by the relentless pounding by the Washington Post where, one is tempted to believe, senior editors imposed a quota of at least three explicitly anti-Trump articles on the front page each and every day. But female loathing of the president extended far beyond NoVa.

The polarization is bigger than Trump. If President Trump leaves the White House in January, Virginia will remain a deeply divided place. Republicans may constitute a permanent minority in the Old Dominion now, but they remain a large permanent minority. And I expect they feel more deeply alienated from the dominant cultural institutions and the political power structure than ever. Many working-class and middle-class voters see Trump as their tribune protecting them from the depredations of an increasingly assertive oligarchy. They regard the dominant left wing of the Democratic Party as a soft-totalitarian movement that is determined to refashion not only the political structure, not only the economic structure, but every facet of society — and crush anyone willing to stand in its way.

Culture wars never die. They don’t even fade away. In Washington, it appears that Republicans will retain a slim majority in the U.S. Senate, not to mention a six-to-three majority in the Supreme Court. They will have the institutional means to resist Democratic overreach if Biden ascends to the presidency (with Kamala Harris replacing him shortly thereafter if Biden’s encroaching senescence renders him unfit for office or if the Hunter Biden scandal finally engulfs him).

But Republicans have no such power centers in Virginia. Democrats control all three statewide offices, the state Senate, and the House of Delegates. Their ideological allies in the media totally dominate news coverage and frame the issues to the liberal/progressive advantage. Progressives are transforming K-12 education, and universities are reinventing itself as political indoctrination centers, especially in matters of race. Left-leaning nonprofits are flush with cash and aggressively pushing their agendas. And public-employee unions, once an impotent political force in the state, are expected to make significant gains, thus creating a new source of campaign boodle to maintain Democratic political dominance.

Virginia presidential election results are almost identical to 2016. Trump’s share of the vote stands at 44.5% at the present, according to the Virginia Public Access Project. Four years ago, he won 44.8%. What has changed since then is that Virginia Democrats have strengthened their hold on the state’s levers of power.

Virginia is not California. Democrats have made California a one-party state. The Dems have virtually untrammeled power to impose their agenda on race, the environment, wealth redistribution and other critical issues of the day. For Republicans and conservatives, resistance has been futile. Virginia has not reached that point yet. Republicans and conservatives still have some fight left in them. Will they choose their battles wisely, or will they engage in pointless, futile gestures? That remains to be seen.

A version of this commentary originally appeared in the November 4, 2020 edition of the online Bacon’s Rebellion 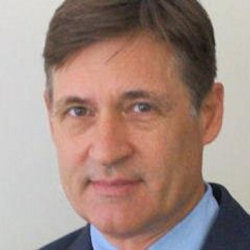 James A. Bacon is the author of “Boomergeddon” and publishes the Bacon’s Rebellion blog at www. Baconsrebellion.com. He can be reached at [email protected]
View all posts by Jim Bacon →
This entry was posted in Politics, State Government. Bookmark the permalink.