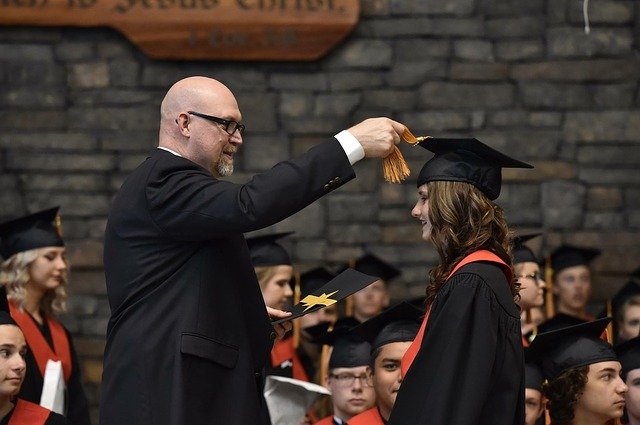 In Virginia, nearly 30% of students who enroll in community college or four-year college fail to complete their degrees within six years. There is widespread agreement across the political spectrum that it would be a good thing if more students completed their degrees and fewer dropped out of college after loading up on student-loan debt they can never repay. The question is, how do we improve the college completion rate?

Recently, I highlighted analysis found in a study by Rachel Fulcher Dawson, Melissa S. Kearney, and James X. Sullivan, “Comprehensive Approaches to Increasing Student Completion in Higher Education,” that shed light on why students drop out of college. Today, as promised, I focus on eight programs they have identified that measured their results in raising the completion rate. These include:

The Accelerated Study in Associate Programs (ASAP) was developed by the City University of New York (CUNY) in 2007. This program assigns full-time, low-income students to advisors with small caseloads to help them to transition to college life, navigate their college campus, plan a career path, and access additional supports if they fall off track. The program provides tuition waivers, a MetroCard, and free use of textbooks. The program achieved an 18 percentage point increase in degree completion, twice the graduation rate of a control group. But it was extremely expensive — $42,000 per student for a three-year program.

Stay the Course (STC) was designed and implemented by Catholic Charities Fort Worth. This comprehensive program places students from low-income families with trained social workers, called navigators, who provide coaching, mentoring and referral services. Enrollees have access to limited emergency financial assistance. This program has been most successful with females, showing a 31.5 percentage point increase in associates degree completion for females, three-times higher than the control group. The cost is $5,640 per student over three years.

Inside Track is an independent, nonprofit provider of coaching services that combine different methods, curricula and technologies. It serves students from all income levels but students tend to be non-traditional with an average age of 31. Students are matched to coaches who support them, by telephone and digital communications, through the start of college and through the first year. Coached students were four percentage points more likely to graduate. Cost: $500 per student per semester.

One Million Degrees, founded in 2006, provides comprehensive supports to community colleges in Chicago, serving first-time, low-income students with at least a year of college remaining and a GPA of 2.0 or higher. The program pairs students with a program coordinator with whom they meet at least months to address challenges and plan a path for success. The program provides performance-based stipends, last-dollar scholarships, an skill-building workshops, advising and coaching. One-year persistence participating in the program was 20.7 percentage points higher, a 35% increase over the control group. Cost: $2,500 to $3,000 per student per year.

Project Quest, founded in 1992 in San Antonio, Texas, provides financial assistance, remedial instruction in math and reading, counseling to address personal and academic concerns, referrals to outside agencies for other assistance, and weekly meetings focused on life skill like time-management and study skills. In six- and nine-year follow ups, participants had significantly higher earnings. Cost: $10,501 per student.

Monitoring Advising Analytics to Promote Success (MAAPS), launched in 2016 by the University Innovation Alliance based on a model piloted at George State University, addresses the lack of “know how” of many low-income and first-generation students. Counselors help students navigate key academic choices, provides real-time alerts prompted in part through analytics-based tracking when they go off path, and intervenes to get students back on an appropriate academic path. Participants in Georgia State accumulated 1.2 more credits and 0.17 point higher cumulative GPA. Other campuses have yet to see an effect on persistence so far. Cost: not available.

Opening Doors, based in Ohio, serves both part- and full-time lower-income students. Students have access to counselors with relatively low caseloads (157 cases on average) and meet at least twice per semester for two semesters. Students are eligible for a $150 stipend for each semester. The program showed no significant increase in credits earned over a three-year follow up period. Cost: not available.

Student Achievement and Retention Project (Project Star) was implemented at a large Canadian university in 2005. All first-year students were randomly assigned to one of three treatment groups. One offered a full set of support services, including mentoring by upperclassmen and supplemental instruction; a second received cash awards up to a full year of tuition by meeting a target GPA; a third offered a combination of services and incentives. The program was not continued beyond the life of the research study. The program showed an increase in GPA and credits earned for first-year female students, but none for males. Cost: $739 per student per year.

Bacon’s bottom line: This overview lends itself to some conclusions. First, some programs make no measurable difference. Second, the more impactful programs apply greater resources and are more expensive. Even then, success is not guaranteed. The program with the best results, CUNY’s ASAP program, costs $42,000 per student over three years. That’s far too expensive for Virginia to contemplate funding with public dollars, and beyond the means of the philanthropic community for more than a few students.

The underlying assumption of all these programs is that failing students require one of two things: more counseling or more financial support. On occasion, that may be exactly what the doctor ordered. But how often?

Two programs showed results for female students, but not for males. Clearly, male college students confront a different set of challenges that aren’t being addressed. Are program designers taking this reality into account?

Virginia data for four-year colleges shows that 22.8% of higher-income families fail to graduate within six years. That’s a lot of students for a demographic segment that, according to the assumptions that animate these programs, should have few problems. The truth is that mental illness and substance abuse are shockingly common and a cause of student failure at all socioeconomic levels.

We still have a lot to learn about what works. Any initiatives we pursue — such as a program scheduled to go into effect this year to means test Virginia community tuition and provide financial assistance for low-income students for when “life gets in the way,” to use Governor Ralph Northam’s words — should be carefully tracked to see if they make a measurable difference. If they work, we can expand them. If they don’t, we should fix them or pull the plug.

A version of this commentary originally appeared on November 16, 2020 in the online Bacon’s Rebellion.

James A. Bacon is the author of “Boomergeddon” and publishes the Bacon’s Rebellion blog at www. Baconsrebellion.com. He can be reached at jabacon@baconsrebellion.com
View all posts by Jim Bacon →
This entry was posted in Education. Bookmark the permalink.