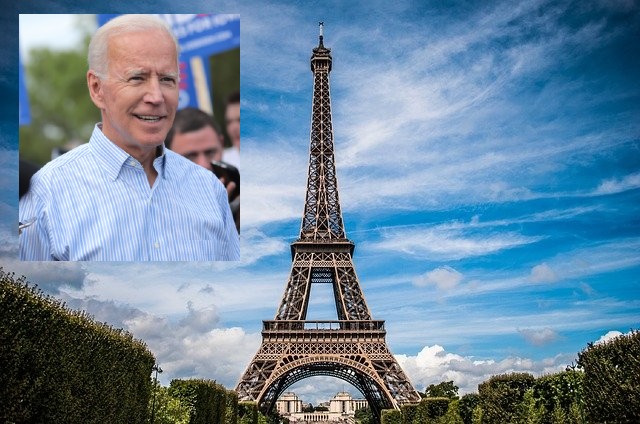 President-Elect Joe Biden is planning to quickly sign a series of Executive Orders shortly after being sworn in on January 20, 2021. This is according to media outlets.

The Washington Post states “He [Biden] will rejoin the Paris Climate Accord and…[fulfill] commitments he has made in recent months, and he will reverse President Trump’s withdrawal from the World Health Organization.”

Look for new limits on agricultural activities because agriculture is accused of emitting millions of tons of greenhouse gases.

More money will come from the United States and other industrialized countries to provide financial assistance for global environmental initiatives if Mr. Biden has the United States rejoin the Paris Climate Accord.

In October 2019, the Congressional Research Service (CRS) evaluated U.S. financial commitments already expended pursuant to the Paris Climate Agreement (more here). Many observers, including alleged President-Elect Biden, state that “…industrial countries [should] take the lead in addressing these issues…” The CRS report states “The United States and other industrialized countries have committed to providing financial assistance for global environmental initiatives…”

This means the United States will send hundreds of millions of dollars to lower-income countries. President Trump wanted to stop this out flow of taxpayer funds to these countries, where many of the governments are alleged to be corrupt.

What is the GEF?

Since 1994 the U.S. contributed approximately $2.7 billion to the GEF!

In the Cancun Climate Agreement there was a “…pledge by the developed country Parties to achieve a goal of mobilizing jointly $100 billion per year by 2020 to address the climate finance needs of developing countries.”

And now, the Green Climate Fund

Beginning in November 2014 the Obama Administration pledged $3 billion over 4 years. In 2016 the Obama State Department sent $500 million and on January 17, 2017, it sent another $500 million tax dollars to the Green Climate Fund (GCF). In 2018 President Trump submitted a budget request to eliminate U.S. funding of the GCF. On June 1, 2017 President Trump stated his desire to withdraw from the Paris Climate Change Agreement.

It appears the alleged President-Elect Biden will reverse the effects of the Trump Administration’s announced withdrawal from the $100 billion agreement.

The question for all U.S. agriculture is the various ways it will be called upon to reduce this risk, and to provide funds to alleged corrupt countries around the world.

A version of this commentary originally appeared in the online Farm Futures on November 10, 2020.  The opinions of the author are not necessarily those of Farm Futures or Farm Progress.

Gary Baise is a Virginia resident and an Illinois farmer. Specializing in agricultural and environmental issues, he also serves as Outside General Counsel for the U.S. Grains Council, Agricultural Retailers Association, and National Sorghum Producers.
View all posts by Gary Baise →
This entry was posted in Environment. Bookmark the permalink.

1 Response to President-Elect Biden Will Rejoin Paris Climate Accord