Virginia Should Not Tax Income If Washington Doesn’t 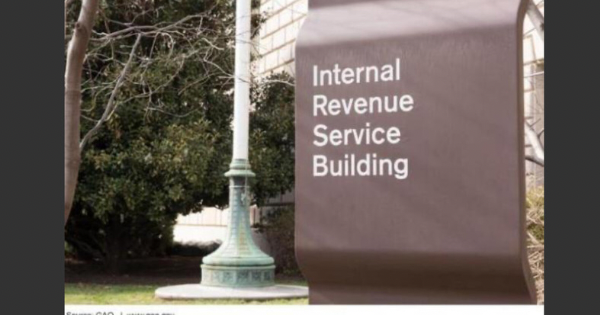 In 1972, a Virginia taxpayer needed a taxable income of $12,000 before the state’s maximum income tax rate kicked in.  Adjusted for inflation, that threshold should be $78,000 today.

There has been one adjustment since, to $17,000 in income before the maximum rate is now applied.  Adjusting that for inflation since 1987, when last amended, that should now be $40,000.  In Virginia today, even a lower middle income couple can paying the same maximum tax rate as the richest Virginians on parts of their income.

That is an illustration of the impact of inflation over time on Virginia’s tax code.  It is a built-in bonanza for the government, effectively raising taxes constantly as more and more income is pushed up over those frozen breakpoints.  With inflation about to kick in again, the Thomas Jefferson Institute for Public Policy continues to recommend that all elements of our tax code be adjusted annually for inflation.  That is already done at the federal level.

Step two of our plan, which actually represents a massive cut in income tax for Virginia citizens and unincorporated Virginia businesses, involves the standard deduction.  Virginia is now benefitting from another sneaky tax increase it implemented in 2019 by failing to make a serious change in the state’s standard deduction when it had the chance.

That one fact is the single biggest explanation for Virginia’s pending $2.6 billion surplus, even larger than previously expected.  Correcting the problem is easy:  Simply raise Virginia’s standard deduction, perhaps in phases, eventually equaling the federal amount.  Once you get there, the companion decision to index for inflation will keep Virginia in line with the federal amount.

The fiscal impact of suddenly going to the full $24,000 standard deduction for a couple would be major, perhaps in excess of the pending surplus funds.  A 2019 bill introduced in the state Senate produced an estimate of $1.25 billion in lower taxes in the first year, and about $1.8 billion after six years.  The General Assembly that year did increase the standard deduction for a joint return from $6,000 to $9,000, so the impact of going further would be less.

To estimate the revenue loss (from our point of view “tax cut”) produced by indexing the tax code to inflation would require an estimate of future inflation.  It actually produces no revenue loss, but merely slows the growth in future taxes.  At one or two percent per year, the state can absorb it easily.  If we do reach 1970s-level inflation again, the change will be substantial.

But where the people who spend tax money see a revenue loss, the rest of us are correct in seeing lower taxes, putting more money into consumer or business-owner hands, even more important when their own costs are spiking.

Ending Virginia’s income tax entirely, either for individuals or also for corporations, is challenging because that really could blow a hole in Virginia’s basic budget.  Another tax increase somewhere else may be needed to compensate.  Politically, ending the income tax on the wealthy and funding it with a broader tax hike on everybody would not fly.

Using the $2.6 billion surplus we now see and the likely revenue growth the next forecasts will provide, both of the proposals discussed above could be implemented starting in Tax Year 2022 without cutting the budget.  The standard deduction increase could easily be phased in, as other state’s have done with income tax changes.  Indexing would start slowly and build.

If a new and indexed standard deduction eventually removes $10,000 from a family’s taxable income, that saves them up to $575 per year.  If Virginia could (within five or six years) reach the federal level of $24,000, the savings climbs to $862.50.  This would benefit individuals with income either from salary or wages or from an unincorporated business. It does not cut corporate taxes.

One argument against using the consumer price index to adjust the tax code in the past has been that other key economic measures were not adjusted in that manner by the state.  But the 2020 General Assembly blew that precedent to smithereens by applying automatic inflation hikes to both the state’s gas tax and its minimum wage law.  Now indexing should be applied to help the taxpayer, not just the tax collector.