Union Executives Have More Sway than Employees or Voters

Posted on August 2, 2021 by F. Vincent Vernuccio
Share this article on: 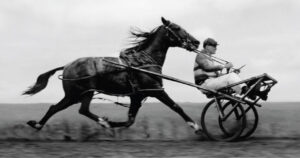 Local government leaders are negotiating with union executives who have not been officially recognized by public employees they claim to represent.

Counties in northern Virginia are taking steps to allow public sector collective bargaining. But they are doing it with the support of union executives – not a groundswell of voter or public employee support.

On July 16 the Arlington County Board of Supervisors gave government unions the ability to have a monopoly on representing public employees by passing an ordinance allowing for collective bargaining. Similarly, Loudoun County on July 20 voted to have county staff draft an ordinance doing the same thing.

Staff and elected officials admitted they are working closely with unions. Arlington’s model ordinance discussion draft stated “the county manager, the county attorney and senior staff have continued to meet with representatives of employee associations to resolve as many issues as possible.”

Elected officials in both Arlington and Loudoun seem to assume unionization is a forgone conclusion, forgetting it is still up to the employees to decide if they want representation or not. The union leaders attending these closed-door negotiations have not been formally elected to speak for public employees.

Still, the American Federation of State, County and Municipal Employees bragged about how they helped take the City of Alexandria’s more focused ordinances to one which would give unions the ability to bargain over almost any subject not preempted by state law. And the union was even more blunt about their involvement with the Arlington ordinance: “AFSCME, the International Association of Fire Fighters and the Arlington Coalition of Police have been in discussions for many months with the county board since the board passed a resolution to adopt an ordinance. Like the City of Alexandria, Arlington County management initially sought a narrow ordinance only allowing public workers to negotiate for a specific set of issues.”

Loudoun now seems to be going down the same road. Before the public hearing, Loudoun supervisors will hold a private closed session in September so attorneys can address their questions. While this is understandable, there is a general feeling that any issues would be worked out before a public hearing on the bill – denying public employees and voters the chance to weigh in.

Phyllis J. Randall, chair of the Loudoun County Board of Supervisors, said the public hearing on Oct. 13 “is just a required thing as we go through this process. But what should be said is if the closed session is going to be on September 21 there will be an ordinance in its fullness before that closed session, before that package goes out the Thursday before.”

Unions have been spending more time working with politicians than actually telling public employees why they should represent them. As Randall acknowledged, unions are not doing a good job communicating to their potential members. While acknowledging a strong showing in the firefighters’ union and an online effort, she scolded the unions, saying despite a vote from the board indicating unions should hold membership information drives, “that hasn’t really happened.” She singled out The Service Employees International Union specifically for not doing more to communicate to employees.

Supporters of the ordinance have hurled insulting rhetoric at their opposition. Loudoun Supervisor Koran T. Saines dismissed opponents as “outside agitators bringing these comments to the board.” To her credit, Randall pushed back on some of these inflammatory remarks.

Still, politicians supporting these ordinances are jumping the gun – bypassing the employee trigger in the state law,which allows public employees to petition a locality to vote on collective bargaining. While the law does give the power to local politicians to allow bargaining on their own, it is telling that they are not waiting for a demand from employees themselves calling for unions to come in and represent them.

It should be noted that Arlington County and the City of Alexandria are the only local governments in Virginia that have passed laws allowing government unions to bargain since the state gave localities this power by enacting a state law that went into effect on May 1, 2021.

While Arlington County and the City of Alexandria have passed these laws, it does not mean unions will automatically gain a monopoly. All workers in Virginia, public and private, are protected by the commonwealth’s secret ballot protection law, which gives them the right to a private vote on whether they want a union to represent them.

Thankfully public employees in Virginia are protected by the secret ballot. And even though politicians and unions are enacting laws which allow for collective bargaining, public employees will get the final say. Still, it is clear who is really pushing the effort for bargaining in the commonwealth, and it is not the average public employee.

This commentary originally appeared July 31 on the VirginiaWorks blog. 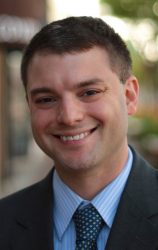 Vincent Vernuccio is a visiting fellow at the Thomas Jefferson Institute, a senior fellow at Virginia Works, and a senior labor policy adviser for Workers for Opportunity.  He may be reached at [email protected]
View all posts by F. Vincent Vernuccio →
This entry was posted in Economy, State Government. Bookmark the permalink.