Is Fairfax Positioning To Move Against Gas? 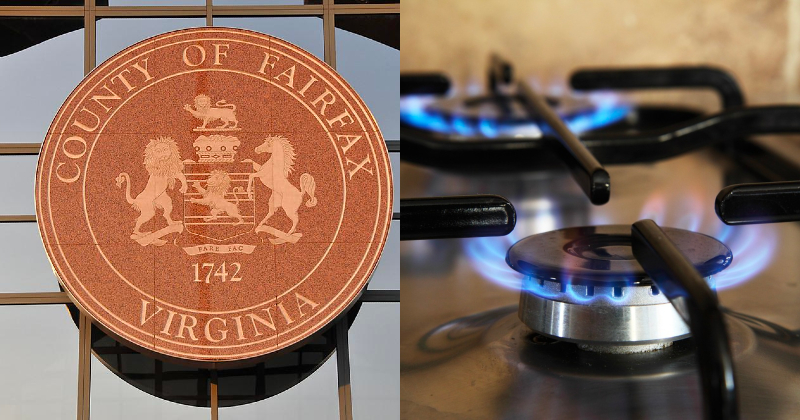 It was a Richmond City Council resolution back in the fall, expressing a desire to shut down its municipal natural gas utility, that triggered pending (and now struggling) Virginia legislation to prevent localities from prohibiting natural gas.   Less attention has been given to the “climate action” plan by Virginia’s largest local government to discourage that energy source.

It is easy to dismiss Richmond’s action, which was vaguely-worded resolution with no timeline.  Fairfax County’s 214-page climate action plan grew out of a serious stakeholder group, is relatively detailed, and on various elements the timeline says, “immediate.”

There are signs of realism in the document.  The high cost of some ideas is acknowledged, and it falls short of calling for a ban on new natural gas connections, but the foundation is placed:

“Working Group members provided mixed feedback on how to address new natural gas connections. Some members expressed support for a new natural gas ban, while others were concerned that a switch to only electricity for heating could be very expensive and limit Fairfax County’s solutions. For example, some Working Group members identified the value that dual-fuel heat pumps could provide by switching from electricity to gas on very cold weather days.”

Read that carefully.  Heating is not the only use for natural gas.  And a mandate that gas can only apply in a dual fuel furnace would still require greater expense than a traditional gas furnace or boiler.

And then there are signs of total fantasy, such a general assumption that imposing all-electric or other energy-related requirements on existing or new commercial buildings would have no cost to the members of community. Business expenses do get passed on to customers rather than shareholders. Not all of the assumed energy cost savings pan out.  The easy energy choices that definitely lower costs are being done.

What authority local governments might have over energy-related building codes is not the focus of this column.  Their authority to restrict new or existing natural gas connections, or the use of propane from a non-utility provider, was the focus of the first half of House Bill 1257 (text as it passed the House).   That major section of the bill restricting all localities has now disappeared from the substitute text likely to be voted on tomorrow by the State Senate.

The substitute narrowly applies to the three local governments that own municipal gas works, and protects only commercial and industrial users if the government wants to exit the business.  The residential customers of Richmond Gas Works, many of them residents of Henrico, Chesterfield and Hanover counties, could still see service restricted.  For that matter, Richmond City Council could ban new industrial or commercial connections under that version.

An effort may be made to restore some teeth to the bill in a conference committee.  As it now reads, there is no reason to pass it and pretend something real was done.

The disembowelment of the original bill represents yet another victory for the environmental activists cheering on the 21 Democrats in the Senate. They have killed every effort to reverse Virginia’s rush toward an all-electric, wind and solar reliant energy economy.  The utilities and industry suppliers expecting to profit off the Virginia Clean Economy Act capital bonanza joined in killing the bills to amend or repeal it.

The opponent’s message against the natural gas bill, from the committee podium and online, has been focused on maintaining local authority and autonomy.  The authority they seek to preserve is for certain localities to move forward with unilateral local regulations, typically framed as public health and environmental goals, reduced pollution, and modernized new building construction.

Fairfax’s ambitious outline could be the model.  It reaches from bike lanes, waste management and green space, traditional local issues, to county policies on aviation fuels, the state’s electricity generation mix and grid management, well outside the county’s authority.  The expansion of electric vehicles (public and private) and related infrastructure is another prominent goal, using the verb most common in the report, “encourage.”  How residents will be encouraged is not often clear.

The whole exercise, of course, is tied to an apocalyptic vision of pending environmental disaster based on worst-case models and carefully chosen data.

“In Fairfax County, the amount of snowfall has been decreasing for decades, the number of extremely hot days (95°F+) has increased seven days from 1970–2018, and the incidences of tick- and mosquito-borne diseases have been increasing in recent years due to longer warm seasons. Current climate models project that Fairfax County and the surrounding region will experience substantial increases in temperatures by 2100 (up to 7°F) and increased levels of precipitation.”

Hot days since 1970?  Anybody else remember that was when global cooling was the “settled science” because average temperatures were dropping?  Start your data with 1900 and suddenly the really hot spells of the 1930s dust bowl era jump out and put current temperatures in some context.  And a temperature rise prediction of 4 degrees Celsius is from the worse-case models, not that widely accepted even by believers.  It sure sounds scary, though.

Unless and until the green activists regain control at the state level, Virginia’s more liberal localities may be their front line, a good place for them keep their scary rhetoric and organizing skills sharp. Here in Richmond, the 2022 legislative stalemate means the VCEA with its planned massive wind and solar buildouts, and the push to join California in banning internal combustion engines, both remain on track.

A version of this commentary was originally published on March 3 in the online Bacon’s Rebellion blog.

Stephen D. Haner is Senior Fellow for State and Local Tax Policy at the Thomas Jefferson Institute for Public Policy. He may be reached at [email protected]
View all posts by Stephen D. Haner →
This entry was posted in Economy, Energy, Local Government. Bookmark the permalink.

1 Response to Is Fairfax Positioning To Move Against Gas?