Virginia Ranks 2nd in Nation in Highway Performance and Cost-Effectiveness

Posted on September 11, 2019 by matt ohern
Share this article on: 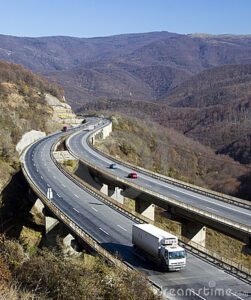 Virginia’s highway system ranks 2nd in the nation in overall cost-effectiveness and condition, according to the Annual Highway Report by Reason Foundation. This is a 25-spot improvement from the previous report, where Virginia ranked 27th overall, as the number of structurally deficient bridges decreased and the state benefited from the report no longer measuring narrow rural arterial lanes (the state ranked 49th last year).
In safety and performance categories, Virginia ranks 10th in overall fatality rate, 16th in structurally deficient bridges, 39th in traffic congestion, 22nd in urban Interstate pavement condition and 14th in rural Interstate pavement condition.
On spending, Virginia ranks 12th in total spending per mile and 7th in capital and bridge costs per mile.
“To improve in the rankings, Virginia needs to reduce its traffic congestion. Virginia is in the bottom 15 of all states and has three of the most congested Interstate corridors in the country. Compared to neighboring states, the report finds Virginia’s overall highway performance is better than Maryland (ranks 39th), Tennessee (ranks 7th) and West Virginia (ranks 16th),” said Baruch Feigenbaum, lead author of the Annual Highway Report and assistant director of transportation at Reason Foundation. “Virginia is doing better than comparable states like Georgia (ranks 26th) and North Carolina (ranks 17th).”
Virginia’s best rankings are rural arterial pavement condition (6th) and urban fatality rate (6th).
Virginia’s worst rankings are urbanized area congestion (39th) and maintenance disbursements per mile (31st).
Virginia’s state-controlled highway mileage makes it the 3rd largest highway system in the country.
Virginia ranks 2nd in this year’s Annual Highway Report, a significant increase from last year. The state is able to maintain smooth pavement conditions with low overall disbursements.

Most states that rank in the top 20 are able to maintain a good quality system at a low overall cost. The state has also worked to significantly decrease its percentage of structurally deficient bridges. Virginia also benefited this year due to two changes in the metrics. Both the increased focus on fatality rate (the state typically has one of the lowest fatality rates outside the Northeast) and the elimination of the narrow arterial lanes category (Virginia ranked 49th last year) helped the state’s rankings. However, the state still has room for improvement. It’s urbanized area congestion ranking is 39th (or 12th worse).
Virginia may need to dedicate more of its resources to reducing congestion.
Reason Foundation’s Annual Highway Report measures the condition and cost-effectiveness of state-controlled highways in 13 categories, including pavement condition, traffic congestion, structurally deficient bridges, traffic fatalities, and spending (capital, maintenance, administrative, overall) per mile.
The Annual Highway Report is based on spending and performance data submitted by state highway agencies to the federal government for 2016 as well as urban congestion data from INRIX and bridge condition data from the Better Roads inventory for 2017. For more details on the calculation of each of the 13 performance measures used in the report, as well as the overall performance measure, please refer to the appendix in the main report. The report’s dataset includes Interstate, federal and state roads but not county or local roads. All rankings are based on performance measures that are ratios rather than absolute values: the financial measures are disbursements per mile, the fatality rate is fatalities per 100 million vehicle-miles of travel, the urban congestion measure is the annual delay per auto commuter, and the others are percentages. For example, the state ranking 1st in structurally deficient bridges has the smallest percentage of structurally deficient bridges, not the smallest number of structurally deficient bridges.
This is the Virginia chapter of the Annual Highway Report, published by the Reason Foundation on August 22, 2019.

Spence Purnell is a policy analyst at the Reason Foundation, where he works on pension reform, Florida policy issues and economic development.


Gregory Fields is a retired military officer with degrees from West Point, Webster University in St. Louis, and UNC Charlotte. He is enrolled in the PhD program in Urban Regional Analysis at UNC Charlotte and has participated in a number of comparative transportation studies.