Time to Fix a Broken System 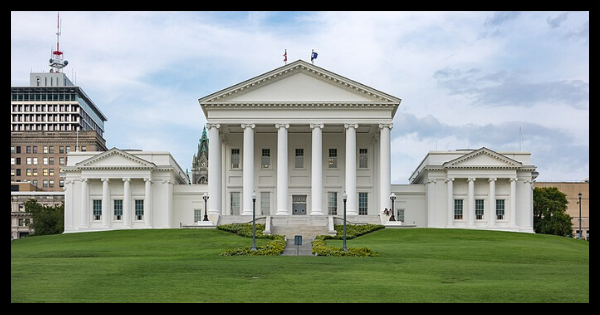 Do you trust politicians to do what’s right?

If you’re like the vast majority of Virginia voters, the answer is likely a resigned ‘no.’ Democrats and Republicans spend so much time fighting each other to score points that they seldom compromise and do the right thing.

And for the most part, there’s nothing the average citizen can do about it. Until now, that is.

This November, voters will have a once-in-a-decade chance to take power away from both Republicans and Democrats in Richmond, and put it into the hands of a bipartisan commission — the power to draw the district lines for the House of Delegates, Virginia Senate, and Virginia’s eleven seats in the U.S. Congress.

Politicians have shown time and time again they can’t be trusted to draw their own lines. When they do, we wind up with districts like the “Southside Whirlpool,” and the “Fairfax Onion Slice.” I wish I was kidding – but if you check out a map of our districts, you’ll see what I mean.

We’ve gotten those un-natural, misfit districts because we’ve let politicians pick their voters – and not the other way around. That cynical practice would end under this amendment on the ballot this November 3rd. If redistricting reform is adopted by the voters, a bipartisan panel of Republicans and Democrats, evenly divided between lawmakers and regular, non-political Virginia citizens, would sit down and hash out the maps for the next decade. This process will put people in districts based on where they live, not on whom they vote for.

The best news is that the hard part is over. In 2019, Republicans brought the redistricting amendment to the floor and it passed. In 2020, Democrats brought it to the floor for a second time. It passed again. It took a bipartisan coalition both times, and it ticked off a lot of political kingmakers, but the reform survived.

Now it’s up to the voters to fix this broken system. The good news is that nearly 3 out of 4 Virginia voters support this redistricting reform measure. They’ve had enough of the far left and far right drawing the lines. They want a more honest process – and districts that make sense.

Unfortunately, Virginia Democrats have done a 180 on the amendment. When control of the General Assembly was in doubt in 2019, both sides supported the compromise which would leave no one with the upper hand.

Now, the Democratic Party of Virginia has taken an official stance against the amendment, encouraging their voters to vote no. It’s not hard to see why. With Democrats in charge of the House, Senate, Governor’s Mansion and Attorney General’s office, unencumbered Democrats could draw Republicans into oblivion.

To be clear, I’m not a recent convert on the desperate need for bipartisan redistricting reform. When my own party had a thirty-plus seat majority in the House of Delegates, I was one of the few who defied my party’s leadership and voted in favor of redistricting legislation.
All the reasons that caused me to vote for redistricting reform in 2017 were true then and remain true today.

Voters should be able to pick their elected leaders, and not politicians using partisan gerrymandering that has benefited elected leaders and hurt smart, accountable government.

The good news is that the most recent poll of voters found that 80 percent of self identified Democrats in the Commonwealth support the amendment, even though the party leaders cravenly oppose it.

Polarization can end in Virginia. Reasonable people in the vast middle of Virginia can bring sanity back to our Commonwealth this year. And all it takes is your YES vote for the Redistricting Reform Amendment on November 3rd.

Let’s give voters a voice and fix a broken system. 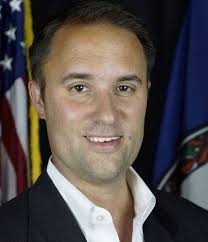 Delegate Jason Miyares
Delegate (R - 82nd District) at Virginia House of Delegates
Delegate Jason Miyares serves as a Member of the Virginia House of Delegates from Virginia Beach (R - 82nd District). He recently launched Conservatives for Redistricting Reform and is available to speak to groups about this important reform vote, and may be reached at Jason@jasonmiyares.com

Latest posts by Delegate Jason Miyares (see all)
Share this article on:

Delegate Jason Miyares serves as a Member of the Virginia House of Delegates from Virginia Beach (R - 82nd District). He recently launched Conservatives for Redistricting Reform and is available to speak to groups about this important reform vote, and may be reached at Jason@jasonmiyares.com
View all posts by Delegate Jason Miyares →
This entry was posted in Government Reform. Bookmark the permalink.