Can We Talk Common Sense Yet?

Posted on August 5, 2020 by Mick Staton
Share this article on: 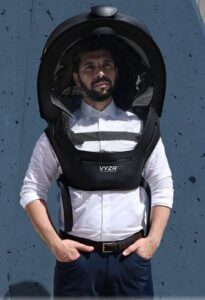 We are now a little over 4 months into dealing with covid-19 in Virginia and it’s time to take stock of where we are. Let me start by saying that, while I did not like the shutdown of businesses, I understood why it was happening. We had little to no knowledge of the disease. We didn’t know how contagious it was. We didn’t know how deadly it was. We didn’t know how easily it could spread. We still don’t have a vaccine and we still have a lot of questions that need to be answered. Also, lest we forget, businesses and churches were closing BEFORE the Governor issued his Emergency Order to close non-essential businesses. Nearly all professional and college sports were closed down before any governmental orders. My church shut its doors before Gov. Northam’s EO was issued as well.

Over four months have gone by since we started dealing with this virus, and we have a lot more knowledge than we used to, and a lot more data. Consider the following:

In just over four months the number of confirmed covid-19 cases in Virginia has reached nearly 89,000. Of those confirmed cases, a little over 2,100 people have died. We can argue about inflated death numbers or under-counted people who have the virus but have never been tested all we want, but all of that is pure speculation, and cannot be quantified or counted. People who feel sick are getting tested. If you don’t feel sick and you test positive for the antibodies, do you really qualify as a victim of a disease you never knew you had? For now, let’s just deal with confirmed numbers.

Virginia hit its highest number of daily reported cases on May 25th of this year at 1,439. When we once again compare that to our population of 8.536 million people, that means the greatest chance anyone had of contracting this disease on any given day is about 0.01%.

Let me assure you that I am not trying to discount anyone who has gotten sick, died, or lost a loved one. This disease is not a hoax and it is worse than the flu, but we are also not talking about the bubonic plague here. The mortality rate of the seasonal flu is about 0.1%. When all is said and done, scientists are predicting the mortality rate of covid-19 will be somewhere between 0.2 and 0.4%. That is anywhere from 2 to 4 times worse than the flu. But through this entire time of chaos and confusion, only 1% of the population of Virginia has been affected, and that is not just the results for VA.

The confirmed infection rate in the United States is just a little over 1% of the population.

The worst hit states in America have an infection rate at only a little over 2%.

Do these numbers justify the level of disruption that is continuing to occur in people’s lives?

So what do we do now?

When Governor Northam issues orders to close businesses and mandate masks he is exercising powers delegated for an emergency situation. The law defines an emergency as:

any occurrence, or threat thereof, whether natural or man-made, which results or may result in substantial injury or harm to the population or substantial damage to or loss of property or natural resources and may involve governmental action beyond that authorized or contemplated by existing law because governmental inaction for the period required to amend the law to meet the exigency would work immediate and irrevocable harm upon the citizens or the environment of the Commonwealth or some clearly defined portion or portions thereof.

These powers have typically been interpreted to be quite broad at the beginning of a crisis, but those powers fade as time goes by and the immediacy of any threat fades.

While forced shutdowns may have seemed prudent at the outset of this outbreak, there doesn’t seem to be much justification for them now. The trend chart of daily infections in Virginia during the lock down is strikingly similar to the daily infection rate as we have moved through the different phases of opening. It means that we are seeing on average the same number of daily infections while we were locked down and while we are opening up, so the idea of more lock-downs doesn’t seem to make much sense.

We also need to consider the fact that this disease is not just going away. Many people are saying the earliest we can realistically expect a vaccine is sometime in mid to late 2021. Furthermore, there is some discussion that the antibodies gained by fighting off covid-19 may fade away after a couple of months. If true, that means we are most likely looking at a new, seasonal virus that will be with us for years.

In the face of this kind of news, doesn’t the idea of an “emergency” seem to disappear? Does it sound like our Governor should continue to wield the kind of authority he has been using up until now? If Virginia is going to be facing this virus for years, then there is plenty of time for our elected legislature to take action and allow the people to judge those actions at the ballot box in 2021. After all, we don’t shut down the economy for the seasonal flu, and we didn’t shut down the economy for SARS or H1N1 either.

The emergency powers of the Governor were designed to allow immediate action when current law was insufficient and a legislative remedy was not available. That is not the world we are living in anymore, and those powers should no longer reside in the hands of one man. The Governor either needs to relinquish his grip on total power or the courts need to take it away from him.

In my opinion the best way forward is to use our common sense. Virginians need to see our lives get back to normal again, but we need to do it with a mixture of personal responsibility and grace. People can take this virus seriously while still going to work, going to school, shopping, and gathering for entertainment and sporting events. Most people I know don’t invade the personal space of strangers when they are out and about. Following common sense guidelines should continue to protect the 98.9% percent of Virginians that have not caught this virus. If you simply follow the same steps you would to avoid getting a cold or the flu, you will be just fine avoiding covid-19. After all, the advice being given to us by all the experts is the exact same advice they would give you to avoid the flu or the common cold.

We should also understand that we don’t know the personal situation of everyone we see on the street. We should not assume that everyone we see wearing a mask is as afraid of the virus as the guy modeling the latest in post-apocalyptic active gear in the picture above. They may have a family member that is particularly susceptible to the virus, or they may be trying to take an abundance of caution. Likewise, we should not assume that people who are not wearing a mask are psychotic ogres that hate everyone and want to spread the disease. There are enough loopholes for who doesn’t have to wear a mask in the Governor’s EO (and when you don’t need to wear one) that should legally nullify the order as arbitrary and capricious. A little more concern for our fellow man and a lot less nagging will help everyone get through this time in much better shape.

Our knowledge of the virus also means that our hospitals are much better equipped to deal with the new cases to come, and there will be new cases no matter what we do. More importantly, the knowledge we have gained and continue to gain should help dispel some of the fear that has gripped so many people since this all started, and that fear is really the biggest enemy we face in this ordeal. We all want life to get back to normal, and that is only going to happen when a majority of people feel safe enough to do so. That means everyone needs to work a lot harder to turn down the heat and use some common sense. Take the virus seriously, but don’t let fear control your life.

A version of this commentary originally appeared on July 31, 2020 in the online The Bull Elephant. 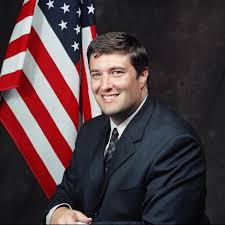 Mick Staton
Mick Staton is a recovering politician who now works in the software development field. He has spent most of his life involved in politics, starting out working for his father's Congressional campaigns in WV when he was 8 years old, and was elected to the Loudoun County Board of Supervisors in 2003.
He may be reached at [email protected]

Mick Staton is a recovering politician who now works in the software development field. He has spent most of his life involved in politics, starting out working for his father's Congressional campaigns in WV when he was 8 years old, and was elected to the Loudoun County Board of Supervisors in 2003. He may be reached at [email protected]
View all posts by Mick Staton →
This entry was posted in Economy, Health Care. Bookmark the permalink.

3 Responses to Can We Talk Common Sense Yet?