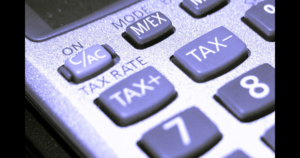 Next month, Dominion Energy Virginia customers will begin paying Virginia’s first direct carbon tax on their bills. The amount they pay to buy carbon dioxide allowances from the Regional Greenhouse Gas Initiative will not be listed on the bill separately but will produce a noticeable bump in price.

Not long after, another energy-related tax will be added to customer bills for both Dominion and Appalachian Power Company customers. This one, tiny at first but destined to grow, will create a fund to subsidize the electric bills of low income customers. If high use produces a big bill, above a level tied to their income, they will owe only part of it and the fund covers the rest.

Meaning you will help pay their bill. You will never see the words “Percentage of Income Payment Program” on the billing sheet, but you will start paying it soon. Legislation in 2021 capped the program at $125 million per year but that can and will be changed.

Both of these bill additions, each a tax per kilowatt hour, flow from recent State Corporation Commission decisions. Don’t blame the SCC. The General Assembly created both, just the leading edge of the wave of rising energy costs coming to Virginia.

Many but not all flow from the 2020 Virginia Clean Economy Act, a state level “green new deal” intended to end all use of coal or natural gas for making electricity by 2050. Other new laws are setting similarly aggressive goals for eliminating motor fuels and reducing fossil fuel use in home appliances and even agriculture.

Democrats openly promised to do all this if voters put them in charge. It is safe to assume more will be done in this direction if they stay in charge after November’s elections.

The SCC took one more recent step important in this transformation, starting the application and review process on Dominion Energy’s proposed offshore wind project 27 miles off Virginia Beach. That was the centerpiece of the 2020 VCEA, with the General Assembly all but ordering the SCC to approve up to 5,200 megawatts of offshore wind and dump the cost on its ratepayers.

The potential $37 billion all-in cost of the wind project will be the main reason for the huge electricity price spike that is coming. The SCC has issued warnings of 50 to 60 percent price increases in a relatively short period. When that wave hits, quite a few Virginians will be turning to that PIPP fund to cap their bills at a reasonable level. The rest of us will wish we could.

The carbon tax for RGGI will start at $2.39 for every 1,000 kWh of electricity use, for any kind of customers – residential, commercial, or industrial. Dominion will use the $170 million it collects annual to buy carbon allowances, and the money paid flows to state spending programs. According to the SCC order imposing the tax it could cost customers $3 billion over a couple of decades. Expect more.

One of the SCC judges, former Virginia Attorney General Judith Jagdmann, challenged the need for the RGGI tax. Writing her own version of the order on the tax, which was not something she could stop, she pointed to another part of the 2020 VCEA. It orders Dominion to stop all use of coal or gas by 2045. RGGI simply aims to reduce the use by 30 percent or so.

“The VCEA plainly states that the (Renewable Portfolio Standard) program requirements for Dominion shall be 100% by 2045. Thus, it remains unclear whether the significant cost required for participation in an additional cap-and-trade program – which is expected to cost customers billions of dollars – are necessary for Dominion’s and Appalachian’s ratepayers to bear in order to achieve the General Assembly’s carbon reduction objectives,” she wrote.

Jagdmann called RGGI and the RPS provisions “duplications.” They are not redundant if you understand the real purpose of Virginia’s participation in RGGI, which is the tax revenue. Money. It will give the government billions of dollars to spend, using a nearly invisible tax source. There was some discussion of the money flowing back to customers as bill credits. The General Assembly scotched that.

Once again, low-income Virginians are supposed to be direct beneficiaries, with RGGI dollars used to pay for energy-reduction home improvements.

This energy transformation has been largely under the radar for most Virginians, and it is not an accident that most of the costs will begin to arrive after the 2021, 2022 and even the 2023 elections. When discussed at all, the cost is obscured by claims that these steps are necessary to prevent a world-wide catastrophe from carbon emissions.

But as Jadgmann quietly underlined with judicial understatement, the program is riddled with duplications and contradictions. The wind application when dissected will demonstrate a massive profit motive at work for both utilities and the wind energy industry, eager to crush its fossil fuel and even nuclear competitors.

A disappointing note to close on: Jadgmann’s voice was a lonely one. The other two commissioners, both elected by the Democratic majorities in power since 2020, chose not to join her and kept those comments out of the main body of the ruling. The cost and duplications may not trouble them as much as they do her.

Stephen D. Haner is Senior Fellow at the Thomas Jefferson Institute for Public Policy. He may be reached at steve@thomasjeffersoninst.org.