Virginia Tax Structure Better for Mature Firms than for Start-ups 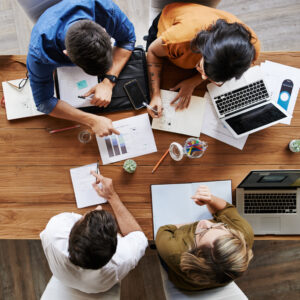 Virginia is far more tax friendly to established businesses than it is to new ones. That is one major conclusion of a major state-by-state business tax comparison released Wednesday (here) by the Tax Foundation and KPMG LLC.

In neighboring North Carolina, on the other hand, the tax structure encourages new investment with more attractive rates for incoming businesses of several types. It has been a conscious strategy for that state’s political leaders for some time. 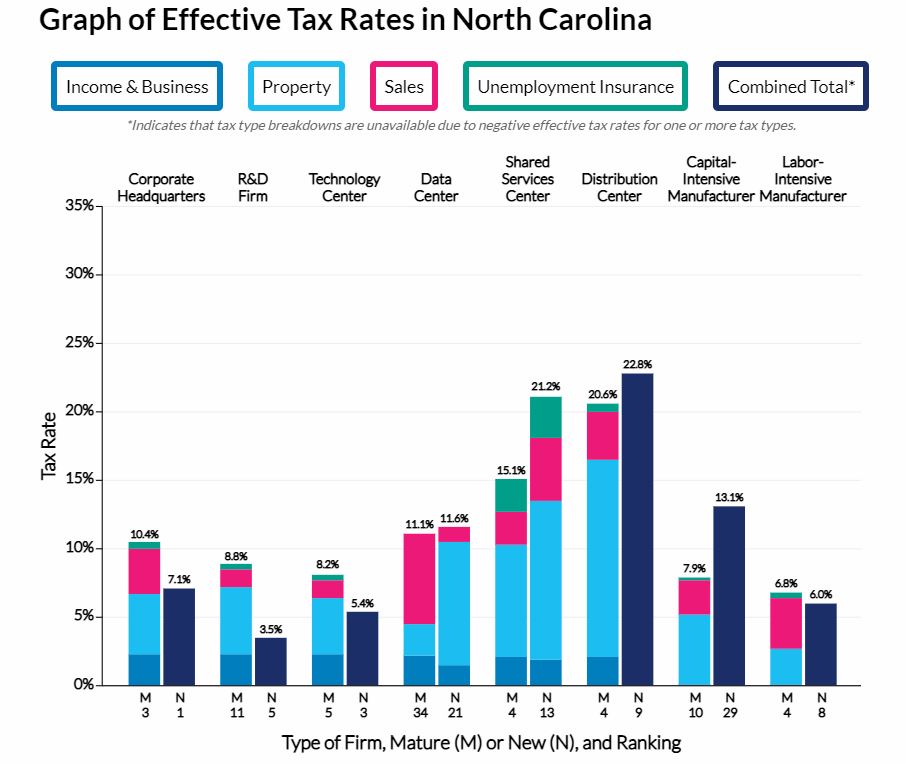 Instead of seeking to put an overall ranking on the state’s business tax climate, as has been done in the past or in other studies, the Tax Foundation devised eight imaginary firms in different industries and then calculated their effective tax rate in each of the fifty states. It used tax laws and incentives as they were in force January 1 of this year.

One of the principal authors is a former General Assembly legislative aide well known around our capital, Jared Walczak, now a vice president at Tax Foundation. This approach of comparing how the various states would tax a set of reasonably typical firms is a big step up from previous methods.

The lowest effective tax rates it reports in Virginia were for manufacturers, as you can see on the chart. In the case of existing manufacturing firms Virginia ranked in the ten lowest taxers among the states, but for new firms about a quarter of states had lower effective tax rates. Virginia’s manufacturers are aggressive advocates on tax issues, complaining most loudly about local machinery and tools taxes, but the data suggest they have also been effective advocates. 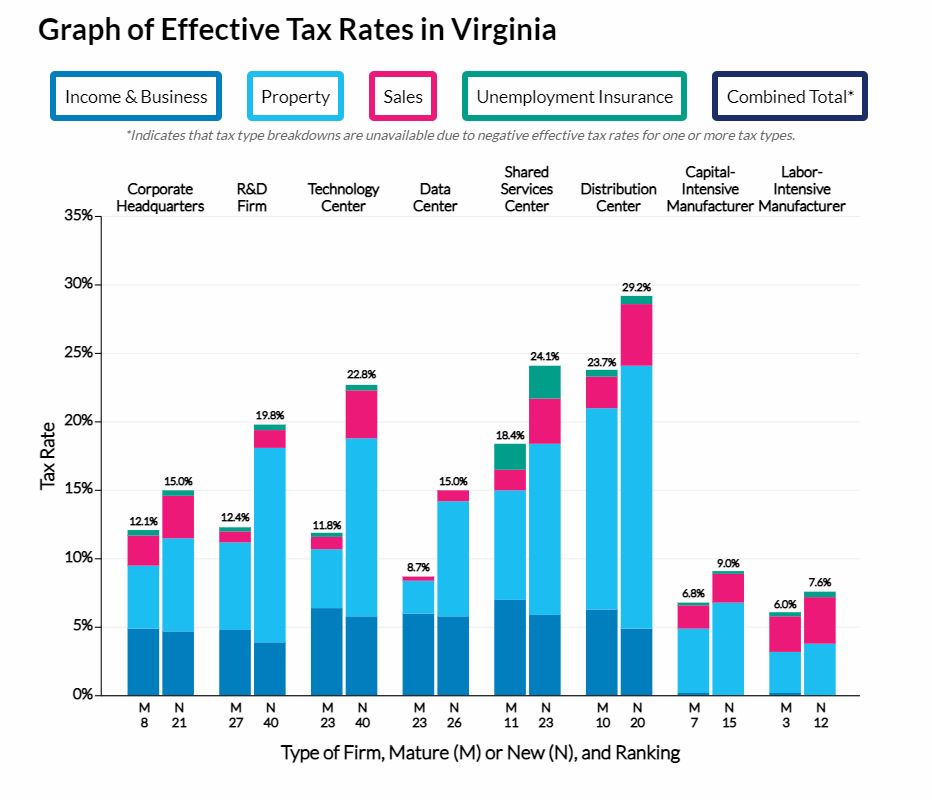 Virginia had among the ten lowest effective tax rates in two other business categories: Existing corporate headquarters and existing distributions centers. On the other extreme, Virginia effective tax rates were above the national median for existing or new R&D firms, new technology centers and new data centers.

That last one might surprise you as recruiting data centers has been a major Virginia emphasis, but other states are offering aggressive incentives, too. Tax policy is only one thing a company might look at when deciding whether to open a new facility or move an existing one. Major wholesale distribution centers, for example, are going to be near the import ports of entry regardless of other considerations. Data centers will follow the major Internet trunk lines, a huge Virginia advantage.

There are four company types in North Carolina where new firms enjoy lower effective tax rates than existing ones, and only one (capital intensive manufacturing) where they face substantially higher rates.

The study authors had to lump several tax categories together because in some cases the incoming firms enjoyed negative effective tax rates, meaning the subsidies provided net tax benefit. Is this the right approach? Should Virginia copy it? For years now we have seen this happening and ignored it.

As recently reported, Virginia’s overall tax collections are rising far faster than inflation or population, with the corporate income tax leading the way. That has been the intentional policy. Discussions of using tax reform as a jobs magnet are simply not heard in Richmond. The next big push will be to force Virginia firms with multi-state operations to file a unitary combined return, raising their taxes.

Roaming around the report, it is interesting to note that economic growth powerhouse Texas is not ranked all that well on overall tax rates, and in fact is quite high in some categories. Why isn’t that a drag on its economy? Probably because the lack of an income tax is so attractive on both a business and personal basis.

Likewise Florida, another state with strong growth, has nothing to brag about with those effective tax rates on business. Its effective tax rate on distribution centers is almost 50%, again taking advantage of the captive market provided by its many ports. The absence of an income tax and the near absence of winter weather are its magnets, same as with Texas, plus the basic economic truth that growth stimulates more growth, stagnation breeds stagnation.