Posted on November 8, 2021 by Stephen D. Haner
Share this article on: 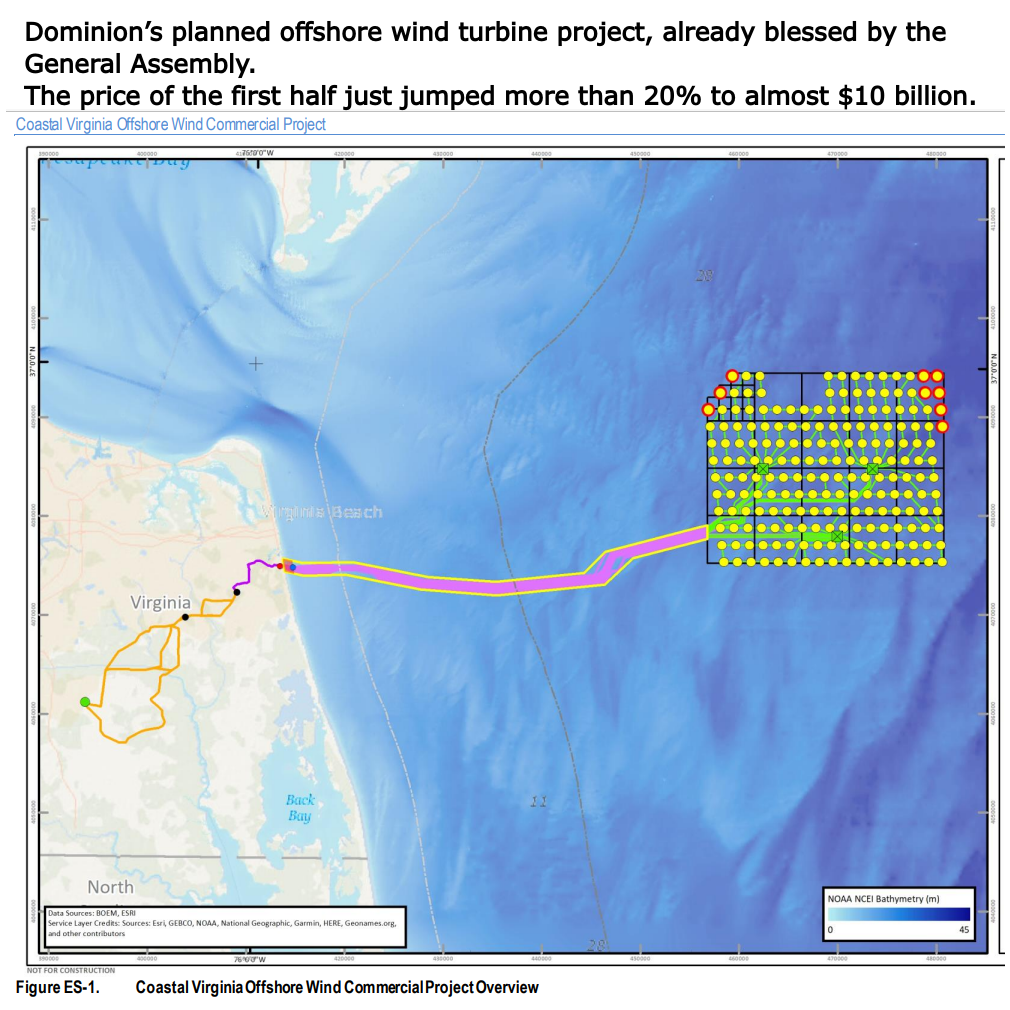 Dominion Energy Virginia’s announcement Friday that its proposed offshore wind project has jumped almost 25% in cost to $10 billion, with years to go before construction even starts, has put Virginia’s energy policy and its response to claims of climate disaster on the front burner for 2022.

Below are my suggested priorities, based on 15 years of dealing with these issues at the General Assembly and the State Corporation Commission.  This is based on a similar summary published on Bacon’s Rebellion in August.  First and foremost:

One of the first key decisions the new General Assembly will need to make is whether to give a full term on the SCC to Angela Navarro, elected by the Democrats last year after serving as an architect and advocate for the Virginia Clean Economy Act of 2020 and other anti-fossil fuel efforts.  As I wrote elsewhere, personnel is policy.

Virginia should not abandon the current structure entirely. The pure competitive supplier model has plenty of downsides (See Texas).  It is only attractive to so many in Virginians at this time because Dominion Energy Virginia has corrupted the market to unfairly enrich its stockholders.  If all these other steps are taken and electricity costs in Virginia stabilize, the desire to bolt from the monopoly service will wane.

Now to the various controversial decisions on generation and transmission being dictated by the Virginia Clean Economy Act, which will be radically revised by several of the points above.

This is not a complete list, and of course some of these points would engender incredible debate and even full scale war at the General Assembly.  But it is where Virginia needs to go to keep energy abundant and costs reasonable.  With the flip in the Governor’s Mansion and House of Delegates, a change of direction on this front must follow.

Stephen D. Haner is Senior Fellow for State and Local Tax Policy at the Thomas Jefferson Institute for Public Policy. He may be reached at [email protected]
View all posts by Stephen D. Haner →
This entry was posted in Energy, State Government and tagged Dominion Energy Virginia, Virginia Clean Economy Act. Bookmark the permalink.