The War on Fossil Fuels

Posted on February 25, 2021 by Stephen D. Haner
Share this article on: 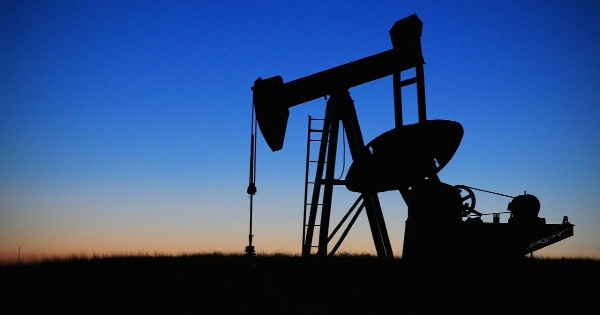 The lesson of the Texas grid collapse is not just about electricity.  Imagine the week Texans would have had if once the power went out and stayed out, they had no gasoline, diesel, propane, or natural gas to fall back on.  How much worse would their plight have been without natural gas heating homes and businesses, propane space heaters and grills, and gasoline or diesel-powered cars and trucks to get where they needed to go?

You might think it alarmist to imagine that, but it is not.  An all-electric economy, with the electricity itself reliant on unreliable wind and solar generation, is exactly the future envisioned for Virginia and being put into place by Governor Ralph Northam and the majority in the General Assembly.

The 2020 Virginia Clean Economy Act already requires the retirement of coal and natural gas electricity generation in the state in less than 30 years.  That’s what zero carbon means, although fortunately Virginia’s main electricity provider maintains a fleet of aging nuclear plants not mandated to close.  Yet.

Electricity is just the start. There is not one aspect of our economic lives where the debate is not being driven by the assumption – unproved and hotly contested – that our very existence is threatened by carbon dioxide emissions.  The constant drumbeat of such claims have evolved into conventional wisdom.  The lesson of Texas is we must slow down and think before we find ourselves over this cliff.

The proposed carbon tax and rationing scheme known as the Transportation and Climate Initiative is just a first step, with advocates admitting the ultimate goal is to eliminate gasoline and diesel as transportation fuels and make us totally dependent on electric vehicles.

This General Assembly was not asked to impose TCI with its taxes on Virginians.  Yet.  Once the 2021 election is past, the state is likely to join the interstate transportation fuel compact it has been negotiating for a decade.  This year’s General Assembly, however, did authorize joining with California and other states in a regulatory structure intended to ultimately end the sale of new internal combustion engines.  Virginia is ceding control over that process to California and other states.

A serious effort was made this year to impose a tax on your electric bill to finance, among other things, converting the homes of lower income Virginians from natural gas or oil heat to electric heat pumps.  Nothing would make the power companies happier, but that just makes us even more dependent on a single energy source.  Another bill tax would have financed a fleet of electric school buses, destined to grow.

The Atlantic Coast Pipeline to bring a huge new natural gas supply into the state was crushed by environmental opposition, as was a modest expansion of an existing Virginia Natural Gas line into Hampton Roads.  The Mountain Valley Pipeline is fighting for its life in the western part of the state.  One of the first actions of President Joe Biden was to kill a major Canada-to-Gulf Coast oil pipeline.

People see the threads, but not the whole cloth.  The war on coal is now a war on every fossil fuel.  Coal miners will be joined in fighting for their livelihoods by the entire oil and gas industry, from auto mechanics to the service station industry.

It took probably fifteen minutes into the Texas crisis for the climate change warriors to begin to claim that the cold snap was caused by global warming.  But the cold weather there was not out of line with past experience, and one day could do the same to parts of our electric grid.  All of the extreme weather claims tied to global warming collapse when compared to historical records.  But extremes will happen and will threaten the grid.

When those dark days come, we will not want an all-electricity economy, especially if dependent on intermittent sources.  We will need – as Texas just proved – gasoline, diesel, propane and natural gas for at least some of our homes, stores, and workplaces.

A version of this commentary originally appeared in the February 26, 2021 edition of The Fredericksburg Free Lance-Star.

1 Response to The War on Fossil Fuels