Posted on September 16, 2022 by Barbara Hollingsworth
Share this article on:

Most Virginians are painfully aware ­­­­that it’s becoming much more difficult to make ends meet. Prices for fo­­­­od, housing, gasoline and other necessities have soared. Inflation hit a 40-year high of 9.1 percent in June, the largest yearly increase since January 1982. And a recent study from the University of Iowa found that a typical American had to pay $669 more for basic living expenses than they did just two years ago.

All while the Commonwealth of Virginia was pocketing $2 billion in “surplus” revenue that was not anticipated and therefore not included in the two-year $165 billion state budget the General Assembly passed earlier this year. Most of that windfall was the result of the Federal Reserve’s monetary inflation, which made the prices of consumer staples soar because there was suddenly a lot more dollars chasing the same amount of goods and services. But inflation had another unwelcome effect. It also pushed Virginia taxpayers into higher tax brackets despite the fact that their actual living standards went down, not up.

Governor Glenn Youngkin wants to set aside $400 million for tax relief in his revised budget, which he will present to the state legislature in December. But that’s less than a quarter of the total surplus. The budget signed by Youngkin also includes $450 million to pay for potential cost overruns on the commonwealth’s capital projects due to … you guessed it …. inflation.

No additional money was set aside to cover transportation overruns, although that may be coming. Referring to the higher material and fuel costs faced by road construction companies, Virginia Transportation Secretary Shep Miller said that “we don’t want anybody to get crushed here through this inflationary process.”

That same logic should apply to taxpayers being pushed into higher tax brackets due to the same inflationary process. It’s called “bracket creep,” and it has the same effect as a tax hike – without lawmakers actually having to vote for one.

The commonwealth has four graduated-rate individual income tax brackets, with the lowest marginal rate of 2 percent and the highest of 5.75 percent as of January, according to the nonprofit Tax Foundation. The top bracket is triggered at $17,000, so all but the lowest income earners pay the highest rate.

Virginia is one of 13 states that have not indexed their state income taxes for inflation. And unlike other states, the commonwealth does not adjust standard deductions or personal exemptions for inflation either.

“The absence or insufficiency of cost-of-living adjustments in many state tax codes is always an issue, as it constitutes an unlegislated tax increase every year, cutting into wage growth and reducing return on investment. During a period of higher inflation, however, the impact is particularly significant,” according to Jared Walczak, vice president of state projects at the Tax Foundation.

The easy cure for this problem is indexing, which is simply adjusting state tax rates to account for inflation. Indexing is not rocket science. Under indexing, standard deductions and tax brackets rise in conjunction with the Consumer Price Index so that taxpayers are not forced to pay more taxes in addition to inflated prices for goods and services. It’s the same idea behind the Social Security Administration’s cost-of-living adjustment (COLA) to the monthly checks it sends to retirees, blunting the impact of the hidden tax of inflation on people living on a fixed income.

Indexing is also an issue of equity. According to the nonpartisan Institute on Taxation and Economic Policy, “the long-term effect [of inflation] can be a substantial tax hike – and one that falls hardest on low- and middle-income taxpayers.”

But the Gener.al Assembly balks whenever indexing is considered even though bracket creep forces Virginias to pay higher taxes without any corresponding increase in their standard of living. This makes taxpayers poorer and the commonwealth richer.

The 2022 General Assembly did pass a number of new tax laws, which went into effect on July 1, including a reduction of the sales tax on groceries, an increase in the standard deduction for state income tax filers if certain revenue targets are met, and a one-time income tax rebate ($250 for single filers and $500 for couples filing joint returns).

But the legislature fell short of indexing state income taxes to account for the inflation that is currently ravaging the economy. This means that bracket creep will increase state income taxes automatically, without members of the General Assembly actually voting for it, which is apparently just fine with them. Politicians love having more of other people’s money to spend without the political liability of voting for a tax increase.

But it’s not fine for Virginians hit with a double whammy, watching their state income taxes rise just as the buying power of that same income declines.

Youngkin knows this. “We have been overtaxing Virginians,” the governor noted in an interview with Yahoo!Finance, calling inflation “the silent thief.” But the $4 billion in tax relief Youngkin included in the state budget that went into effect on July 1 does not address bracket creep, thus allowing the “silent thief” to continue to prey on Virginia taxpayers.

Indexing state income taxes to account for inflation to prevent this recurring, non-legislated tax hike is common sense tax reform that the Thomas Jefferson Institute has long urged our leaders in Richmond to enact. With the cost of everything rising faster than most Virginians’ income, voters should demand that both the governor and members of the General Assembly take care of this unfinished business. 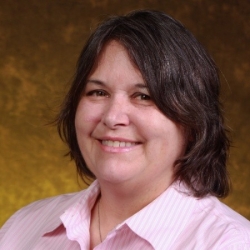 Barbara Hollingsworth, former editorial page editor of the Fredericksburg Free Lance-Star, is Visiting Fellow with the Thomas Jefferson Institute for Public Policy. She may be reached at BarbHoll3@gmail.com.
View all posts by Barbara Hollingsworth →
This entry was posted in Government Reform, Taxes. Bookmark the permalink.