Obamacare is a Federal Problem 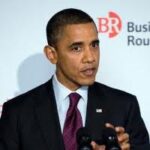 The Supreme Court heard oral arguments in a challenge to the Affordable Care Act this month, a case known as King v. Burwell. The case hinges on four words, but it could have big implications for the future of Obamacare.

The ACA established insurance marketplaces known as exchanges in which people can purchase coverage. As Obamacare was being implemented, many states, including Virginia, elected not to establish state exchanges and opted to allow the federal government to set them up.

Virginia’s decision to not establish an exchange was not made lightly. Gov. Bob McDonnell formed an independent commission led by Virginia Secretary of Health and Human Resources Bill Hazel. The commission studied the issue for two years.

There were concerns about cost. There were questions about logistics and operation. The federal government at the time had not issued enough guidance on what was to be expected. Secretary Hazel and Gov. McDonnell decided Virginia should not establish an exchange. In hindsight, it is clear that was the right decision.

Since then, several state-run exchanges have failed spectacularly and some states are deciding to give the exchanges back to the federal government.

Oregon spent more than $300 million setting up its exchange and still could not properly process online applications. In the end, Oregon gave up and asked the federal government to take over. Maryland spent more than $240 million to build a failed exchange before firing the contractor and starting over with a new one. Vermont also struggled mightily before bringing a new contractor on board.

Virginia made the right decision to not establish a state-run exchange. But if the Supreme Court rules against Obamacare in this current case, the subsidies provided to thousands of Virginians through the federally run exchange will have to stop. That’s what the case is all about.

The Obama administration argues that Congress intended for the subsidies to be available on all exchanges, and this was simply a drafting error. They say the court must take into account that the entire purpose of the law was to provide people with health care coverage.

If the court rules against Obamacare and the subsidies stop, millions of people and hundreds of thousands of Virginians will lose their subsidies. Without those subsidies, the cost of coverage will skyrocket.

The higher costs mean people will be exempt from Obamacare’s coverage mandate. Young and healthy people will drop their insurance, leaving an older and sicker population in the marketplace. That will drive costs even higher — making the insurance market unsustainable.

The Obama administration has said it has no administrative options to fix the law. The president will undoubtedly put enormous political pressure on the states, including Virginia, to establish exchanges.

There has been some discussion about how Congress might fix it, but there is no consensus. I would not blame you if you said you were not holding your breath.

Obamacare is driving up the deficit. The public lacks confidence in the law after the disastrous rollout of the exchanges. The recent news that the IRS sent incorrect tax information to 800,000 Obamacare enrollees is proof that I do not want the IRS anywhere near my health-care decisions.

The loss of subsidies would be just one more good reason to scrap Obamacare and start over on real health-care reform. We could keep the parts of Obamacare that work. The federal government could work with the states to reform Medicaid. We could allow insurance to be sold across state lines; improve transparency and consumer choice of plans, doctors and hospitals; and we could create small-business and high-risk insurance pools, all of which would put our citizens back in control of their decisions, rather than the federal government. There are countless other options.

The Supreme Court decision is expected in June. If the court rules against Obamacare, Congress should act to fix it. The best option is to start over on real health-care reform.

(This article first ran in the Richmond Times Dispatch on March 14, 2015. It is reprinted with permission: www.richmond.com)

Latest posts by matt ohern (see all)
This entry was posted in Health Care, Top Story. Bookmark the permalink.