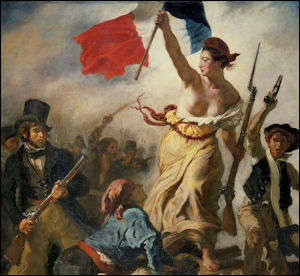 Four major changes in Virginia’s labor laws delayed at the beginning of the COVID-19 recession will all take effect May 1. All were approved by the 2020 General Assembly once Democrats controlled both legislative chambers and then delayed at the 2020 Veto Session. May Day 2021 is almost here.

The bills outline two further increases, which only go into effect if the Assembly votes for them again: To $13.50 per hour in 2025 and then the often-touted $15 per hour in 2026 (by which time that will be considered inadequate.) From there the rate will automatically adjust upward annually for inflation, a consideration never offered to taxpayers when inflation raises their taxes.

Public Employee Unions. House Bill 582 and Senate Bill 939 permit cities, counties and towns to enter into collective bargaining agreements with their employees. The first step in each local governing unit will be adoption of its own ordinance governing the process, with almost no limitations or guidance provided under the 2020 legislation.

The Thomas Jefferson Institute published a report on Alexandria’s proposed ordinance and local legal advice to seek to limit the scope of the coming agreements. You can read the draft ordinance here. Mainstream media so far is clueless and silent on all this, but an education is coming. This is going to be a major political issue over the next few months and years, with the labor organizers probably far more prepared behind the scenes than the local government officials are at this point.

An increase in the minimum wage is just about money. Unionizing local workforces will be about politics, power, and accountability along with piles and piles of money. It is a true sea change for Virginia. The next step will be similar bargaining agreements with state employees, not yet legal.

Prevailing Wages. House Bill 833 and Senate Bill 8, which require payment of “prevailing wages” as defined by the federal Davis-Bacon Act by contractors doing business with certain government bodies, unless the contracts are for less than $250,000. The Department of Labor and Industry will be responsible for setting and reviewing prevailing wage rates, in coordination with the federal authorities.

An employer found to have violated this faces a potential criminal penalty with jail time. This is a mandatory rule for state-related work. Local governing bodies have the option to impose this by ordinance, setting up another Herculean political struggle in various cities and counties.

Project Labor Agreements. House Bill 358 and Senate Bill 182 allow (but do not require) state and local bodies to require project labor agreements with organized labor when contracting for construction, manufacture, maintenance, or operation of public works projects. The legislation reversed a prohibition on writing this requirement into state bids.

Most of these changes would already be in effect but for the 2020 COVID recession. Nobody expects these changes to lower the cost of government services or government contracts, for either construction projects or services. How much costs will go up, time will tell.

Whatever political clout organized labor now enjoys in the Commonwealth these will greatly add to it, especially in all local elections (with their lower turnout). With that added influence, other elements of the labor agenda will become within reach. Congress may impose some of them on Virginia before the General Assembly meets again.

Stephen D. Haner is Senior Fellow for State and Local Tax Policy at the Thomas Jefferson Institute for Public Policy. He may be reached at [email protected]
View all posts by Stephen D. Haner →
This entry was posted in Economy, State Government. Bookmark the permalink.