Posted on February 7, 2019 by matt ohern
Share this article on: 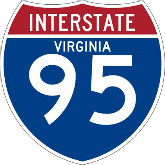 (Editor’s Note: With public-private partnerships and tolling all under consideration for improving I-81, extending I-495 to Maryland, and extending I-95 south to Fredericksburg, Mr. Feigenbaum’s commentary is especially timely)

Using a public-private partnership (P3) to design, build, finance, operate, and maintain a highway has at least five potential advantages compared with the traditional DOT approach. P3s deliver needed infrastructure sooner; they raise large new sources of capital; and P3s shift risks from taxpayers to investors. But the biggest advantages may be two others: P3s lead to innovations that a government agency may not have considered, and P3s provide better customer service through a more customer-centric approach.

State DOTs view travelers as “users”; the user pays roadway taxes or tolls and the DOT builds and maintains roads. Since a DOT has no natural competitor it does not need to provide exemplary customer service, merely service that is good enough. Without competition, a DOT is also not as focused on reducing costs via alternative technical concepts.

The private sector takes a different approach to building and operating roadways. Motivated by profit and accustomed to competition, private operators are used to innovating to please their customers. Transurban and Cintra, both P3 express toll lane developer/operators, show how the private sector is providing better customer service and more innovation.

Transurban sends out regular e-mail updates to its customers. Far more than marketing, the updates provide useful travel information. One e-mail focused on their expanded website, offering new services. Customers without an E-ZPass can make a payment online in lieu of receiving a violation notice. Travelers can determine the cost of their trip before they use the express lanes. Potential customers can learn how the express lanes work before using them for the first time. And travelers can find out about new roadway projects.

Another e-mail announced the opening of a new connector road in northern Virginia, the Jones Bridge Connector, allowing access from VA 123. This new access provides easier connections from shopping areas in Tysons Corner. It also allows customers exiting at SR 123 to use the express lanes. Previously, customers would have to use the general purpose lanes for this exit.

Consider how these e-mails improve the travel experience. Paying a toll online allows drivers from non-E-ZPass states to use the express lanes. Internet payments do include a small service charge but that is a much better option than receiving a violation notice. Determining the cost of a trip ahead of time allows customers to choose their route before they reach the express lanes, avoiding a last-minute decision in the midst of traffic.

E-mailing customers about a new exit is also helpful. Instead of stumbling upon the new exit on their own, customers can study it on a map. They can enter travel information into a map feature such as Google Maps to see how the new exit would improve their travel.

Transurban also made use of alternative technical concepts to reduce the I-495 Capital Beltway express lanes construction costs by 25 percent. Examples include building less-wide shoulders and using pylon separators instead of concrete barriers. These lower costs helped make the project financeable largely by toll revenues, enabling it to be constructed at least 10 years earlier that if the state had built it.

Cintra has made extensive use of alternative technical concepts in building various parts of the LBJ Express Lanes (Dallas) and North Tarrant Express (Fort Worth). TxDOT’s original plan for the North Tarrant Express Segments 1 and 2W with both general purpose lanes and express toll lanes faced a 10-year delay due to a lack of funding. To build it sooner, Cintra proposed and TxDOT agreed to defer the construction of the third GP lane in segment 1 and the third express lane in section 2. The company will build these new lanes when traffic conditions warrant.

The express toll lanes on the subsequent North Tarrant Segment 3 also benefited from innovative thinking. TxDOT’s original plan ended the express lanes at the I-35W/SH 121 interchange and did not include a connection between the highway and I-30. As a result, the project had a limited effect on traffic congestion. Cintra proposed extending the express lanes south of SH 121 to I-30 and providing a direct connector between the express lanes and I-30 east. Modeling showed these small improvements significantly reduced congestion.

Cintra also engaged in innovative thinking for the LBJ Express Lanes. Due to right-of-way limitations, the express lanes could not be built at grade level. TxDOT had proposed a bored tunnel beneath the freeway, but after consulting with TxDOT, Cintra decided to depress the express lanes below grade and rebuild the GP lanes cantilevered over the express lanes. Cintra was also concerned about four different travel levels for the LBJ project. By redesigning the ramps, the company was able to eliminate one level, reducing the cost and complexity of the project.

Using P3s to build and operate highways includes many advantages such as tapping new sources of capital and shifting risk. Better customer service and design innovations might not be top of mind when researchers analyze P3s. But they can be two of the most important advantages of private sector construction and operation.

(This column originally appeared in the January 10, 2019 edition of Surface Transportation Newsletter.)

2 Responses to Innovation and Customer Service in P3 Toll Projects