Governor Punts on First Down 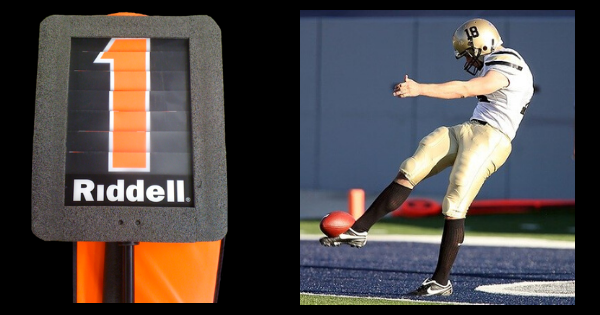 Just as COVID-19 was starting its destruction of the world’s economy in early March, the Virginia General Assembly took final action on an exuberant two-year state budget within shouting distance of $140 billion. Six weeks later at the Reconvened Session, with the economic damage obvious but not yet measured, the Assembly reaffirmed the same spending plan.
Rather than substantially cut the budget, Governor Ralph Northam and his finance team proposed to delay the vast majority of the newly authorized spending and decide later whether the state can afford it. About $2.3 billion in increased spending will remain in the budget, but frozen until a new revenue forecast is presented later this year. A special session will then be called where legislators either release the freezes or approve other actions.
It was a punt on first down. It is the same tactic the Northam Administration displayed with four controversial union-backed labor law changes, all of them likely to impair the economic recovery from the COVID-19 pandemic. The spending is postponed, but not yet canceled.
In fact, fueled by new authority to issue $750 million in short-term bonds and by a new 35% tax on those ubiquitous skill game machines, every effort may probably be made to avoid any state budget cuts until absolutely necessary. When more clarity makes a new revenue forecast possible, the state may legally begin to dip into the Revenue Reserve Fund, further delaying the inevitable.
That safety net will not help for long. At the end of Fiscal Year 2007, on the eve of the last recession, Virginia had $1.2 billion in the Revenue Stabilization Fund, a.k.a. the Rainy-Day Fund. At the end of Fiscal Year 2019, with the pandemic eight months away, the balance was 75% lower, or $291 million. The combination of that plus an additional revenue reserve stood at less than $800 million, 33% lower.
That bears repeating: Going into the last recession, when Virginia’s budget was far smaller, the reserve cash balance was far higher. This has not been widely advertised.
Virtually every state revenue source is going to decline, some precipitously, perhaps for a long time. They will not be flat, they will decline. Alcohol is selling well, but even those taxes may fall below the levels seen with bars open and big events authorized. It will not be just sales and income taxes, and the accounting tricks used in the past will not work.
Also unknown is the level of federal largesse coming toward the state and Virginia’s local governments. Congress barely passes one massive bailout with borrowed money before speculation begins about the next one, probably larger. In an early response, Congress raised the federal the reimbursement level for Medicaid services, but the additional revenue for Medicaid will go out the door in new spending for that threatened population. Other federal funds coming may be tightly targeted, as well.
If the state’s leaders wait until the revenue losses and federal grants are known to make the hard decisions, Virginia’s budget hole will be far deeper than necessary. This is about cash flow. The state needs to end its current fiscal year on June 30 with the largest pile of cash it can accumulate, and then continue to keep spending below revenue. That means reduced spending now.
Virginia’s local governments, lacking cash reserves comparable to the state, are making the hard decisions to lay off staff and eliminate services now. When Richmond’s hard decisions come due, medical history tells us a second wave of COVID-19 may be taking hold, forcing yet another economic contraction and more stay-at-home orders.
Is the administration willing to cut existing spending now, before the revenue questions are answered? If that is happening, there are few signs. There were only a few actual cuts in proposed amendments April 22 and some new expenditures were allowed to proceed. The bulk of the frozen spending is in the second year of the budget, which starts in July 2021, when many must dream things will be back to normal. This is a bad time to engage in dreams.
A version of this commentary originally appeared in the May 3, 2020 edition of The Fredericksburg Free Lance-Star.