Does a $9 Billion Carbon Tax Get Your Attention? 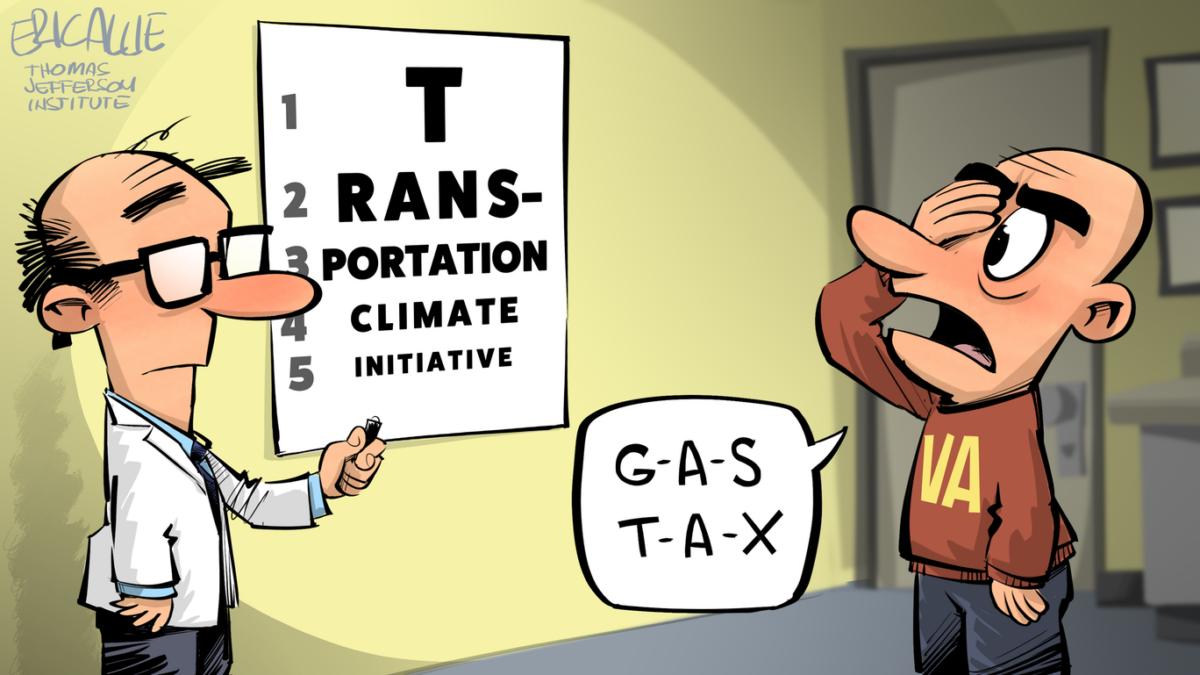 The 2021 General Assembly is now six weeks away, with the holidays in between. We know no more about the coming Northam Administration proposal to impose a carbon tax and rationing scheme on our motor fuels than we did months ago. Keeping you uninformed may be part of the plan.

All we have is the Transportation and Climate Initiative organization’s own data and modeling, which are quite extensive.

TCI modelers looked at three possible ten-year CO2 reduction goals (20%, 22% or 25%), and three possible combinations of spending plans for the resulting tens of billions of collected carbon tax dollars. One policy design spends most heavily on electric and low-emission vehicle subsidies, and other plans put more money towards mass transit and bike trails. 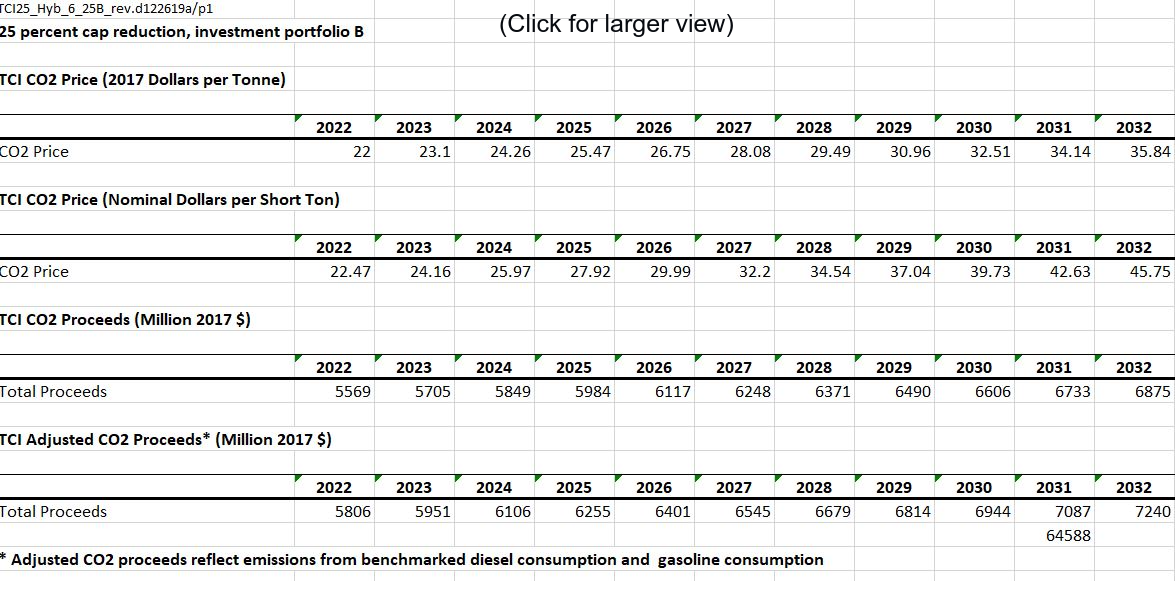 You can find the nine variations here under “TCI Policy Cases.” I’ve posted one as an illustration. This Excel page is based on the 25% reduction goal. If you think CO2 is that dangerous a substance, why settle for the lower reduction target?

The new taxes result in major revenue hauls in the 12 states and the District of Columbia. How much would come to Virginia is also a still unknown, but Virginia represents about 11% of the population within the region. If 11% of the tax hits Virginia, the initial carbon tax on Virginia drivers and businesses ranges from about $500 to $810 million in 2022. By 2032 under the most expensive scenario it may reach $1 billion.

That most expensive scenario, TCI projects, collects about $82 billion in taxes over the first ten years. That could be more than $9 billion from Virginians, close to $1,000 per capita. The middle scenario, the one illustrated above, would cost Virginians $7 billion over ten years. And those are in constant 2017 dollars (noted clearly on the table), meaning the current dollar cost will be far higher.

Again, these are not my numbers. They are their numbers from those case studies. If they have different numbers for their final proposal, they should show them now. At this point the best argument to reject the coming memorandum of understanding is it was held secret too long. But this may be played out just like last year’s Virginia Clean Economy Act, when the real bill didn’t appear until the last minute, and legislators can complain “I didn’t understand it!”

Odds are strong the carbon tax dollars will not be the focus as the Virginia League of Conservation Voters holds a web seminar next week on “Protecting Health Through Transportation” to “discuss the next big climate fight – decarbonizing the transportation sector.” Register for their December 8 program here.

“Panelists will be updating us on the recent findings surrounding the public health burden of pollution and how this disproportionately affects many communities. We’ll also hear about what we need to do in 2021 to address these issues including transitioning to electric vehicles, pushing for better public transportation infrastructure, and Virginia’s potential to switch to California Clean Car Standards.”

In a post a few weeks back it was noted that the Virginia Division of Motor Vehicles’ website was not transparent about the current fuel taxes in Virginia. In response, it is clearer now (thank you, DMV). The three elements of state tax you now pay on each gallon are listed together, but not totaled to report their combined cost. The retail tax, wholesale tax and a third tax to cover the tank inspection program add up to 29.4 cents per gallon. It is 28.5 cents per gallon on diesel.

Next July, that will go up to 34.4 cents per gallon on gasoline, as already dictated by the 2020 legislature. How much would membership in the Transportation and Climate Initiative compact add to that starting in January 2022? Nothing, if the General Assembly is wise enough to take a pass on putting that new burden on Virginians.

Regular readers will remember that the Northam Administration’s 2020 transportation tax package did not spark opposition from me or from the Thomas Jefferson Institute for Public Policy. I’ve been advocating that “cents-per-gallon” tax approach for decades and have also advocated for regular adjustments to keep up with inflation.

This carbon tax is different and should be rejected.

A version of this commentary originally appeared on December 3, 2020 in the online Bacon’s Rebellion blog. 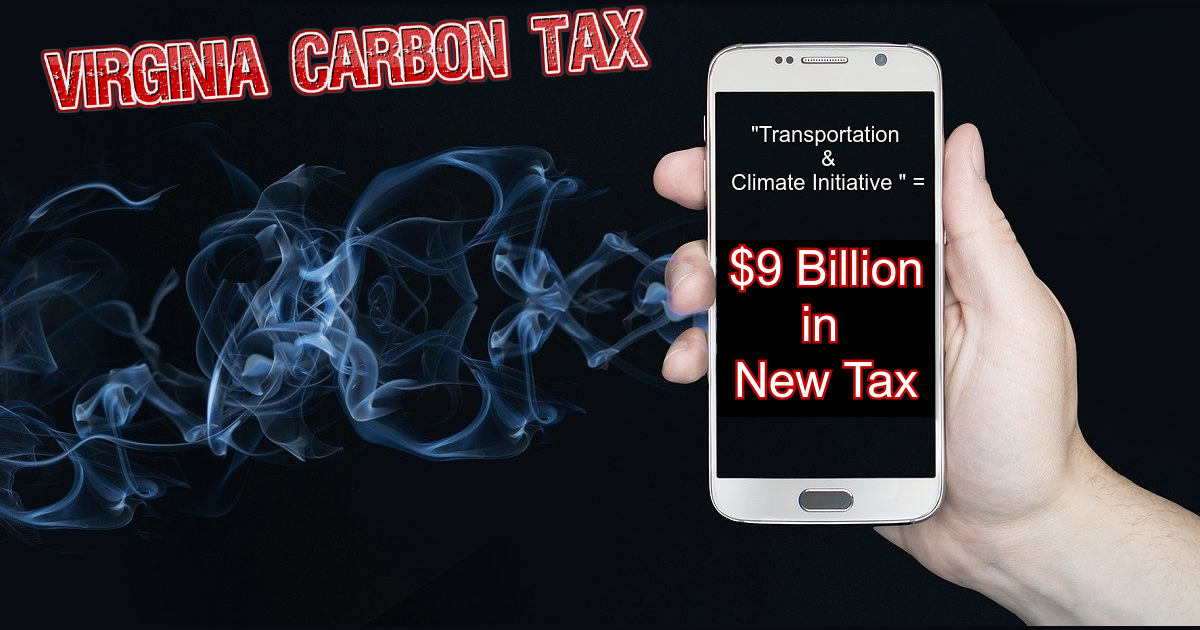 Stephen D. Haner is Senior Fellow for State and Local Tax Policy at the Thomas Jefferson Institute for Public Policy. He may be reached at steve@thomasjeffersoninst.org.
View all posts by Stephen D. Haner →
This entry was posted in Taxes and tagged transportation and climate initiative. Bookmark the permalink.

2 Responses to Does a $9 Billion Carbon Tax Get Your Attention?