Posted on March 18, 2020 by Kerry Dougherty
Share this article on:

Terry McAuliffe is a terrific politician. If you’ve met the former Virginia governor you know what I mean. He’s smooth. He oozes charm.
Like many skilled politicians, underneath that affable exterior lurks a ruthless operator with an elephantine memory.

Just ask LaBravia Jenkins, the well-respected commonwealth’s attorney for the City of Fredericksburg. It appears that she may have lost a bid to become a general district court judge last week over a four-year-old grudge harbored by McAuliffe and his disciples.
Another commonwealth’s attorney, Chuck Slemp, of Wise County was also bumped, apparently for the same reason.
In 2016, Jenkins was one of 43 prosecutors who signed a friend of the court brief opposing McAuliffe’s blanket restoration of voting rights to more than 200,000 felons.
The Virginia Supreme Court agreed and found McAuliffe’s sweeping move unconstitutional. Governors are required to restore rights on a case-by-case basis.
It wasn’t that Jenkins didn’t believe in the restoration of civil rights to wrongdoers. In an interview last year she said she and other prosecutors simply opposed the lawless way McAuliffe was going about it.
(Cynics among us – like me – believe this brash move by the governor was designed to pad the voter rolls with felons in time for the fall presidential election to help his close friend, Hillary Clinton.)
Jenkins’ resume is impressive. She’s been the top prosecutor in her city for 12 years and she personally tried more than 100 cases. Jenkins is a “recipient of the Robert F. Horan award for her leadership in the Virginia Association of Commonwealth’s Attorneys,” she’s also been recognized as one of Virginia’s Leaders in the Law and is President-Elect of the Fredericksburg Area Bar Association.
On top of that, Jenkins was the bipartisan nominee of her local delegation for the open judgeship, which is usually the key to a judgeship. Virginia Lawyers Weekly says she’s an independent.
Jenkins was approved unanimously by the State Senate but her name was left off the list of judges approved by the House of Delegates.
A list of new and re-appointed judges went forward. Jenkins was not on it.
“Jenkins herself said that her decision to sign the amicus brief was the only explanation she was given as to why her name was withdrawn from consideration,” reports the Fredericksburg Freelance-Star.
Clearly, a number of powerful Democratic House members are deeply indebted to McAuliffe.
According to a blistering editorial in the Fredericksburg newspaper, “House Picks Politics Over Professionalism,” Jenkins said the only reason she was given for her exclusion was her opposition to McAuliffe’s illegal actions.
“House Democrats have now decided that as long as they are in power, even a successful and independent veteran prosecutor like Jenkins—who is a leader in her field and has the bipartisan backing of her local legislative delegation—will not be elevated to the bench just because she publicly objected to an unconstitutional action by a former sitting governor.
“The flip side of this new standard means that only craven sycophants who are willing to approve anything the chief executive does, legal or not, will be considered for judgeships,” wrote the editors.
This is disturbing.
In a news story headlined “Pay-Back Keeps Two Prosecutors Off the Bench,” Virginia Lawyers Weekly reported that Jenkins’ supporters believe “the hand of former Gov. Terry McAuliffe” was behind the shabby treatment of her by the House of Delegates.
“McAuliffe apparently was stung by what he saw as party disloyalty by Democratic prosecutors. He openly opposed two Northern Virginia Democratic Commonwealth’s Attorney seeking re-election last year.
“Republican senators this month suggested the same desire for retribution was at work in removal of the Fredericksburg judgeship from the list of eligible vacancies.”
Revenge politics is at work here and is an alarming sign of things to come from the new, deeply partisan majority in the House.
Virginia is one of only two states where the state legislature elects judges. Politics are always part of the process, of course.
But rejecting the nomination of a respected prosecutor because she stood up for the rule of law when a reckless governor ignored it is spiteful. Leaving judgeships vacant over political pique is the antithesis of good government.
Seems to me, LaBravia Jenkins is precisely the sort of lawyer Virginians would want on the bench.
You know, honorable.
This commentary originally appeared on March 11 on Kerry Dougherty’s blog, Kerrydougherty.com 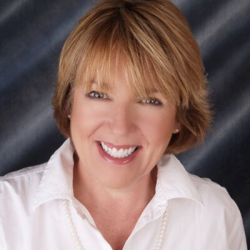 Kerry Dougherty spent 42 years in daily journalism, working for the Washington Post and The Virginian-Pilot, where she spent 17 years as a metro columnist. In December2017 she accepted a severance package from The Pilot and launched kerrydougherty.com. She lives in Virginia Beach. She may be reached at kerrydougherty.com/contact
View all posts by Kerry Dougherty →
This entry was posted in Politics. Bookmark the permalink.