The Legal Corruption of COPN

Posted on March 4, 2020 by James C. Sherlock
Share this article on: 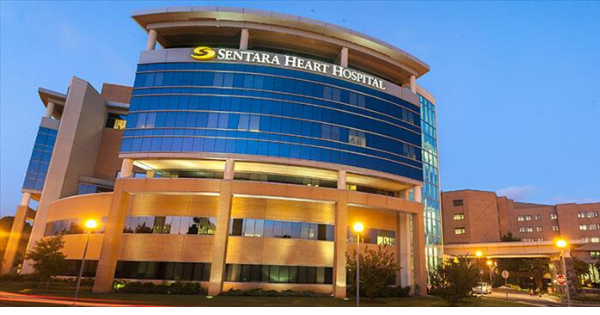 I have been asked to give examples of the corruption of administration of the Certificate of Public Need (COPN) law and show how it has created and supports regional monopolies. I have chosen as my example COPN Planning District 20 which is my home area of south Hampton Roads, the cities of Norfolk, Virginia Beach, Chesapeake, Suffolk and Portsmouth, home to more than 1.2 million people.

Bon Secours and Chesapeake Regional combined have lost money for years on their hospital operations here while Sentara hospitals have operated at double digit margins. In 2017, Sentara’s five hospitals made 87% of the operating revenue of the entire corporation.

It is those profits taken from overcharging patients that fund vertical integration and scale. I just opened the Sentara website and it announced that Sentara has 268 locations of care near my home Virginia Beach. Sentara’s captive HMO and insurer Optima is powerful in Hampton Roads and makes life difficult for Sentara competitors. Sentara controls a large percentage of referrals through its massive network. Bon Secours and Chesapeake have been starved of the money to compete.

The 2008 COPN scandal of which I wrote earlier awarded two hospital certificates to Sentara and denied three parallel applications of Bon Secours on the same date. That decision sealed the Sentara monopoly here and ensured the fiscal distress of Bon Secours. The Health Commissioner in 2008 went to the job from Sentara. She announced that she had recused herself from the decision. The most consequential decision in COPN history was announced by her deputy.

Shocked, the General Assembly actually changed the COPN law after this decision to encourage the Commissioner to consider “the extent to which the proposed service or facility fosters institutional competition that benefits the area to be served …” [1] The irreversible damage here had already been done.

I have assessed data from the records of the COPN program from 2001 through 2018. The results below confirm its absolute control by Sentara in south Hampton Roads.

The data show Bon Secours and Chesapeake Regional have been largely blocked by COPN from expanding in the businesses Sentara most covets – hospitals, ambulatory surgical centers, imagery centers and highly complex (and profitable) services. Riverside has tried to expand to south Hampton Roads with surgical centers and has been denied certificates to do so.

Another facet of these data is the lack of applications from physicians other than eye surgeons wishing to establish their own surgical or imagery centers.  Such projects costs about $100,000 to prepare and six months to a year to go through the application process. History tells them that their applications will be rejected. So, for years individual physicians have petitioned their state representatives for special bills exempting their projects from the process. Many such bills were introduced, but few if any passed.

Decisions for medical facilities that don’t compete with Sentara

You can see above that Commissioner overturned the recommendations of the professional staff of the Division of Certificate of Public Need (DOCPN) in Sentara’s favor 12 times in just 61 applications and sustained denials only twice resulting in a 95% Sentara approval rate. Those overturn decisions by the political appointee were worth billions of dollars to Sentara.

Attorney General Herring owes the people an investigation to see if laws were violated. He should ask the Justice Department to participate, as they bring to bear the much stronger penalties of federal law including RICO. Start with staffers who were present.

The General Assembly and the Governor need to look at these results and understand that the current system has been corrupted because it has a single politically appointed decision maker. If we must have COPN, then it should be administered by an independent regulatory agency on the Maryland model[6]

[1] Code of Virginia § 32.1-102.3
[2] COPN Monthly Report October 2019
[3] Chesapeake Regional simply does not have the resources to attempt to expand more than with its applications represented here.
[4] Bon Secours has tried for years to expand enough to make its operations profitable in south Hampton Roads. It just can’t get certificates approved.
[5] Riverside tried five times to establish a foothold in south Hampton Roads and was denied each time.
[6] https://mhcc.maryland.gov
A version of this commentary originally appeared in the February 27, 2020 edition of the online Bacon’s Rebellion.

1 Response to The Legal Corruption of COPN