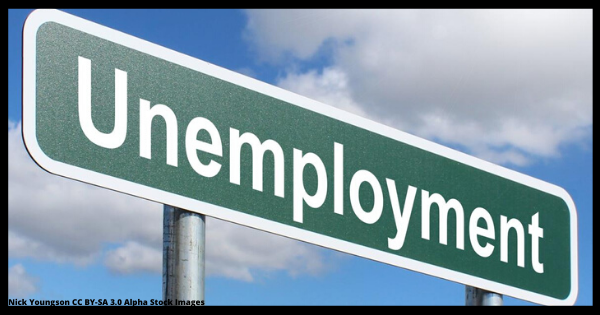 America’s and Virginia’s unemployment insurance program – born of the Great Depression and the Social Security Act of 1935 – may be another casualty of the COVID-19 pandemic. The virus has mutated unemployment insurance into a form not financially sustainable.
Each state has its own unemployment insurance trust fund, financed by taxes on employers and steadily growing in good times. The last time the Virginia Employment Commission publicly reported on our fund’s status, almost a year ago, it projected a balance of $1.3 billion by the end of 2019.
Confidence was so high the legislative commission charged with oversight did not even hold its scheduled December meeting. The most recent federal report pegged Virginia’s fund at just slightly over (101%) the minimum balance the federal government considers solvency, ranking Virginia in the middle among the various states. It assumed Virginia had money for 12 or 13 weeks of benefits.
We do not. More Virginians have applied for unemployment insurance in three weeks (415,000) than normally apply over two to three years. The run on that particular bank (a perfect metaphor) is only starting.
When state trust funds run dry, federal loans (not grants) pick up the slack, and Virginia needed federal loans to pay benefits in the last recession. The loans this time will be the largest ever. When this deeper crisis passes, those loans must be repaid by the higher employer taxes which kick in automatically.
How deep will the financial hole be? Partly that depends on how Congress has changed the program.
First, Congress authorized (and apparently did pay for) a massive increase in the weekly benefit amount. Congress apparently added a flat $600 per week across the board, more than doubling Virginia’s existing maximum benefit of $378 per week in 2019. Some recipients will receive as much or more in benefits as they did in pay.
Congress will not let that increase expire until this crisis passes. Returning to the lower benefits which have been standard for almost a century will be politically unpopular. Unless Congress wants to make unemployment insurance into another entitlement program based on borrowed dollars (and it should not) future employer taxes will explode.
Second, Congress expanded benefits to cover self-employed workers, clearly a growing element of our economy. Not being employees, none of them have had taxes paid into the state or federal unemployment insurance funds on their behalf. There was no trust fund for them. They have never collected UI checks in previous recessions.
Right now, they are being paid benefits with federal money under a new and separate program, Pandemic Unemployment Assistance. When the smoke clears Congress is likely to decide that income replacement benefits for those workers should continue going forward.
A government-managed unemployment pool for self-employed workers is possible. Actuaries would need to determine the proper level of taxation. Traditional employers will be highly resistant to letting their taxes be used to protect this new, less stable group of workers. The self-employed may resent and resist a new tax. The political battle could be fierce.
The basic federal unemployment tax (FUTA) is 8 tenths of one percent of payroll. The state’s basic tax (SUTA) ranges from one tenth of one percent on the first $8,000 paid ($8 per worker) for established firms with no claims up to 6.2% on a company with a history of major layoffs. The tax for them on the first $8,000 in wages works out to $496 per worker and coming out of this crisis more companies than ever before will face maximum or near maximum UI taxes.
Virginia’s employers face two other taxes which will be higher. When the trust fund falls below 50% of solvency, a “fund builder” tax of $16 per worker is added for everybody. Virginia businesses paid that from 2010 through 2015 after the last, much shallower, recession.
Finally, there is a pool tax applied to all employers to cover deficits created by companies that go bankrupt and default, or who create such massive drains on the fund that even their maximum taxes do not repay their debt. The pool tax peaked at $42.30 after the last recession and is likely to be larger than ever before after this crisis.
Even if the benefit structure is rolled back to pre-COVID levels, the trust fund deficit will be so deep a future General Assembly will face choices. To rebuild the fund, it may have to raise the state tax schedule beyond the current maximums or accept that the maximum tax under the current schedule will be applied for the foreseeable future.
The consequence is simple: If it costs more to hire people, fewer people will be hired.
A version of this commentary was originally published in the April 23 edition of  The Richmond Times-Dispatch.

Stephen D. Haner is Senior Fellow for State and Local Tax Policy at the Thomas Jefferson Institute for Public Policy. He may be reached at [email protected]
View all posts by Stephen D. Haner →
This entry was posted in Economy. Bookmark the permalink.