Is Virginia's P3 Program at Risk? 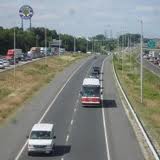 (This article is reprinted by Surface Transportation Innovations, a monthly newsletter by Reason Foundation.) The state with the longest track record in public-private partnerships (P3s) for transportation infrastructure is clearly Virginia. It enacted the first workable general enabling legislation for P3s back in 1995 (the Public-Private Transportation Act—PPTA) and despite a few early stumbles, has generated substantial private capital investment for much-needed projects, including the recently opened Express Lanes on the Beltway (I-495), the Midtown/ Downtown Tunnel project in Hampton Roads, and the Express Lanes project on I-95, the latter two financed in 2012. Virginia is also the first state to have created a professional privatization unit in state government, inspired by similar units in the major states of Australia and Canada.
This leading role is now under political attack, due to unhappiness among some elected officials in the Hampton Roads area, egged on by a critique of the PPTA program from the Southern Environmental Law Center (SELC). That report, released in November, is essentially a follow-up to a 2004 SELC critique by the same author, James J. Regimbal, Jr. It can be downloaded from SELC’s website, www.southernenvironment.org.
In effect, what Regimbal wants is fairly significant politicization of the P3 process in Virginia. He suggests giving the legislature a formal role in the process, wants no P3 activity to occur until completion of the long, drawn-out environmental review process, thinks design-build and public toll agencies could generally do a better job than private investors, and wants to constrain all P3 projects to follow a standard model, despite the fact that projects differ considerably in risks.
And if at the end of a competitive procurement process, only one consortium ends up submitting a proposal responsive to the RFP, Regimbal would cancel the procurement.
You have to get well into the details of this critique to see that Regimbal doesn’t really understand how toll concessions or global P3 procurements work. He’s completely oblivious to the political risk that would be created by a number of his recommendations (e.g., requiring the legislature approve the specific amount of state investment in a P3 project—which means politicizing the negotiation over the specifics of the concession agreement, and requiring formal approval of the terms of the negotiated deal by the Commonwealth Transportation board).
These kinds of political approval requirements are features of state P3 enabling measures that have failed to yield any viable P3 projects (or even proposals). He is also sharply critical of the relatively new Office of Transportation Public-Private Partnerships, despite it being exactly the kind of professional P3 unit recommended last year by the Brookings Institution for all states and modeled, as Brookings recommended, after similar bodies such as Partnerships B.C. (Canada)
and Partnerships Victoria (Australia).
Regimbal laments the fact that Virginia (like most states) no longer has enough transportation money to build new projects, but his critique of P3s often seems oblivious to this fact. In the one place where does suggest an alternative, he points to a long-established state toll agency (Chesapeake Bay Bridge & Tunnel District), which can, indeed, issue toll revenue bonds for new projects. But this is a single-facility agency which has been unable to finance a needed expansion
of its own facility.
He also doesn’t appreciate the critically important role transferring risk to the private sector in well-structured P3 concessions. Construction cost overruns, late completion, and over-optimistic projections of traffic and revenue are endemic in transportation mega-projects. P3 toll concessions have not eliminated such risks, but when done right, such concessions transfer all those risks from the public sector to the private sector. The value of such risk transfers is quantified in the value-for-money analysis carried out by P3 units. And because of the P3 provider’s willingness to take on such major risks, it is entitled to earn a competitive return on the capital it is willing to risk on the project.
Finally, I’m dismayed that after nearly two decades of P3 projects in Virginia, any critique would repeat the nonsense about the private sector having to pay significantly higher interest rates on debt than government. Nearly all major transportation P3 projects these days use tax-exempt private activity bonds (PABs) plus low-cost subordinated debt in the form of TIFIA loans. Equally silly is the claim that a ceiling on annual toll rate increases “guarantees” that such increases will occur every year. No toll operator with any sense will increase toll rates if doing so will reduce revenues, as might occur during recessions, for example.
In short, while this report makes a few good suggestions for increased transparency, the bulk of its recommendations, if implemented, would increase political risk for P3 projects in Virginia. That would lead some or all potential investors to go elsewhere, depriving Virginia of much-needed transportation investment.

Latest posts by matt ohern (see all)
This entry was posted in Transparency. Bookmark the permalink.