How the Green New Deal Destroys the Environment

The US Supreme Court recently ruled 7-2 to reverse a lower court ruling invalidating a permit for the Atlantic Coast Pipeline, which will bring West Virginia natural gas to Virginia and North Carolina, for home heating, factory power, electricity generation and manufacturing petrochemical feedstocks.

Environmentalists had claimed the US Forest Service had no authority to issue the permit, because a 0.1-mile (530-foot) segment would cross 600 feet below the 2,200-mile-long Appalachian Trail, which is administered by the National Park Service. Justice Thomas’s majority opinion scuttled that assertion.

Pipeline project developers Dominion Resources and Duke Energy should receive the USFS and other permits relatively soon – and have the pipeline in operation by early 2022 – unless a Biden administration takes over in 2021 (with AOC as woke climate and energy advisor to Biden and Democrats) and imposes Green New Deal bans on drilling, fracking, pipelines, and eventually any use of natural gas, oil and coal.

These plans and assertions underscore how inflexible they have become in opposing any US fossil fuel use. How incapable of recognizing or rationally discussing the far greater human and ecological impacts from energy systems they favor. How reliant on blatant double standards and mob rule, instead of on rational, cohesive, persuasive discussion.

Barely a few years ago, the Sierra Club and allied groups gladly took $187 million and more from Michael Bloomberg, natural gas producers and other financiers to wage their War on Coal. Having closed down most US coal mines and power plants, they then turned gas from a “climate friendly bridge fuel” to evil incarnate. Today they want  to end fossil fuel use nationwide. Via delusion, incantation and cancellation of debate, they have convinced themselves that wind, solar, battery and biofuel “alternatives” are somehow “clean, green, renewable and sustainable.” Reality says otherwise.

The Atlantic Coast Pipeline will be underground, mostly invisible beneath a grassy right-of-way. Any sedimentation will occur during short term construction operations, when some wildlife will be scared off or displaced for a spell. Any threat to sensitive species, even in the event of a leak, will be minimal.

In stark contrast, their preferred energy systems will have massive, permanent impacts – in Virginia and far beyond its borders. Virginia solar panels will blanket more than eight times the land area of Washington, DC. Hundreds of 850-foot-tall bird-killing wind turbines will create an enormous obstacle course for whales, ships and planes off the Virginia Beach coast. Many thousands of 1,200-pound batteries will provide backup power to replace coal and solar for a sunless, windless day or two.

But somehow, we and our courts are supposed to believe, all these enormous industrial facilities – and the blasting, tree clearing, machinery, noise and other impacts associated with building and maintaining them – will cause no stream sedimentation, landscape scarring or harm to sensitive species.

In reality, the radical greens, utility companies and Democrats promoting these projects under the Virginia “Clean” Economy Act will simply demand that courts ignore the arguments they raised and environmental laws they cited when they raged against coal and gas power plants and the pipelines and transmission lines associated with them. They’ll demand that citizen groups opposed to these monstrous wind, solar and battery complexes be thrown out of court. They’ll want the same double standards applied nationally.

Eliminating fossil fuels would mean America would have to replace 100% of its gasoline and all its oil and natural gas feed stocks for pharmaceuticals, cosmetics, paints, synthetic fibers, fertilizers – and plastics for cell phones, computers, car bodies, packaging, wind turbine blades, solar panel films and countless other products. That would require turning some 700 million acres of food crop and habitat land (four times the land area of Texas) into biofuel corn, sugarcane and canola plantations for ethanol and biodiesel.

More extreme versions of the Green New Deal would eliminate coal, gas and nuclear electricity and backup power, gas for home heating, coal and gas for factories, and internal combustion vehicles. We’d replace it all with wind or solar – and use wind or solar on good days to generate enough extra electricity to charge batteries for seven windless, sunless days. That’s 8.5 billion megawatts – twice what we used in 2018!

We’d need some 75 billion solar panels … or 4.2 million 1.8-MW onshore wind turbines … or 320,000 10-MW offshore wind turbines … and some 3.5 billion 100-kWh backup batteries. The concrete, steel, copper, lithium, rare earth elements, aluminum, cobalt, plastic and other materials to build them would require vastly more mining and manufacturing than the world has ever seen – nearly all of it with fossil fuels.

Environmentalists oppose almost all mining anywhere in the United States, and even by US companies operating overseas under rigorous Western rules. That means essential metals and minerals get mined and processed in places like Baotou, Inner Mongolia, Bolivia, and the Democratic Republic of Congo, mostly under Chinese control, under minimal to nonexistent labor, wage, environmental, reclamation, and worker health and safety regulations. The mining and industrial areas have become vast toxic wastelands.

For cobalt alone, over 40,000 Congolese children, as young as four years old, slave away alongside their parents in mines, for a dollar a day, risking cave-ins and being exposed constantly to filthy, toxic, radioactive mud, dust, water and air. That’s today – for today’s battery, solar panel and wind turbine needs. Imagine how many would be needed to serve the Green New Deal. 400,000 perhaps? 4,000,000?

China alone will soon have 200 times more coal-fired generation than Virginia will be shutting down. During 2020, says consulting company Wood Mackenzie, Europe and the United States will close down 22,000 megawatts of coal-fired power capacity – even as Asia opens 49,000 megawatts of new coal-fired power plants, on top of those it already has and in addition to its growing fleet of gas-fired units.

China is building or financing numerous coal and gas power plants in Africa and Asia. India already has hundreds of coal-fired units and is building or planning 400 more. China and India are also building or planning hundreds of new airports, and putting millions of new cars and trucks on their roads. That (plus the Green New Deal mining, processing and manufacturing) means, even if Virginia or the entire USA eliminated all fossil fuel use tomorrow – it wouldn’t make an iota of difference for global carbon dioxide levels.

These environmental and human rights travesties can happen only under a system of rampant double standards: the same kinds that excoriate and ban religious services and funerals, anti-lockdown protests and Trump rallies – while permitting, excusing and praising Black Lives Matter marches that have too often turned into anti-police mobs, riots, looting, arson, beatings, and murders of people like David Dorn and Patrick Underwood, whose also precious black lives certainly haven’t mattered much to this crowd.

They also require that the woke Campus Cancel Culture spread its intolerant, authoritarian rule to our cities, media, social media, and even legislative bodies and courts – to instill constant anger and anarchy, and silence, defame and punish anyone who dares to offer nuanced or contrarian viewpoints. Every victory brings new demands, with no accountability for the mayhem and destruction they inflict.

Why should rural, poor, minority and working class families and communities have to accept the ecological, health and economic damages inflicted in pursuit of this pseudo-renewable energy utopia? Why should Africans, Asians and Latin Americans have to accept slave status to advance this agenda?

The situation is coming to a head. Let’s hope the now-silent majority can restore law, order, civil debate, thoughtful reflection on our complex history, and rational resolution of these thorny problems. 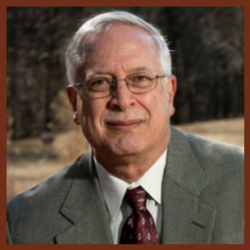 Paul Driessen
Paul Driessen is senior policy analyst for the Committee For A Constructive Tomorrow (www.CFACT.org) and author of books and articles on energy, environment, climate and human rights issues. He may be reached at pkdriessen@gmail.com

Paul Driessen is senior policy analyst for the Committee For A Constructive Tomorrow (www.CFACT.org) and author of books and articles on energy, environment, climate and human rights issues. He may be reached at pkdriessen@gmail.com
View all posts by Paul Driessen →
This entry was posted in Government Reform. Bookmark the permalink.

2 Responses to How the Green New Deal Destroys the Environment