Forecast for 2020 Looks Better Than it Did a Year Ago

Posted on January 8, 2020 by Christine Chmura
Share this article on:

What a difference a year makes. Last year at this time there was talk of recession, in part, because the stock market and yield curve were signaling warning signs. At the end of 2018, the Dow Jones Industrial Average had its worst year since 2008.
If the stock market is falling, then investors must think the sale of goods and services are going to decline to the degree that profits fall. That is a recipe for recession.
The yield curve was relatively flat at the end of 2018 and then inverted in 2019, with the interest rates for the 10-year Treasury lower than the shorter-term maturities such as the 3-month Treasury.
An inverted yield curve often proceeds a recession as the Federal Reserve is pushing the target federal funds rate higher, which causes 3-month bills and short-maturity Treasuries to rise above the longer-term 10-year Treasury.
Potential trade wars with China were a concern as 2018 closed and continued to escalate over the year, which eroded confidence to the degree that firms pulled back on plans to invest in equipment and expansions. Presumably, the concern was caused by uncertainty regarding demand for products as well as the ability to purchase supplies other from countries instead of China.
One year later, the Dow gained 22.3% while the benchmark S&P 500 index soared 28.9% for the year and the Nasdaq Composite gained 35.3.
The Federal Reserve lowered the federal funds rate target by 75 basis points over the past six months. As a result, the yield curve is no longer inverted with the 3-month Treasury, closing out the year at 1.54% and the 10-year at 1.92%.
Both the stock market and steeper yield curve point toward growth in 2020. Also, the first phase of the Chinese trade deal negotiated by the White House is said to be signed in mid-January. With Chinese trade uncertainty behind us, we might see businesses investing again in plant and equipment.
Aside from the increased sales to firms that construct plants and manufacture equipment, business investment will ultimately increase productivity, which enables the economy to grow faster.
Increasing productivity is critical to boosting the growth rate of the U.S. economy and improving living standards.
One trend that has not changed since last year is strong growth from the consumer sector, which makes up about two-thirds of gross domestic product. Although official numbers have not been reported, increasing employment and rising wages most likely gave retailers a strong holiday selling season.
When consumers are buying, retailers need to replenish inventories and that leads to more orders for manufacturers, who then give employees more hours to work or employ more people — a cycle that supports economic growth.
Based on these trends as well as slower population growth, Chmura Economics & Analytics is forecasting slower U.S. growth in the gross domestic product and in employment. GDP growth should increase 1.9% in 2020, compared with 2.3% growth last year. Employment growth should be 1.1% this year compared with 1.5% in 2019. We expect employment growth in the state and Richmond metro area to be about the same as the nation in 2020.
Our forecast is not looking for a repeat of the roaring ’20s, but predicts growth that will support expanding employment and wages.
This commentary was originally published in the January 5, 2020 edition of The Richmond Times-Dispatch. 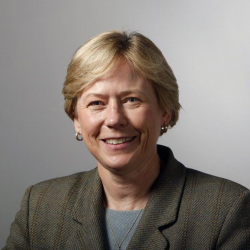 Christine Chmura is president and chief economist at Chmura Economics & Analytics. She can be reached at [email protected]
View all posts by Christine Chmura →
This entry was posted in Economy. Bookmark the permalink.