Economic Impact: Virginia Still Could Get Impact from Sequestration 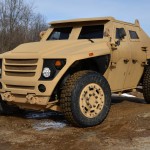 (This column ran in the January 7th edition of the Richmond Times Dispatch.) President Barack Obama signed a law last week that keeps taxes from going up on most Americans, but the potential for sequestration was delayed for just two months.
The sequestration — across the board cuts in government spending — has significant implications for the Virginia economy.
During the fiscal year that ended Sept. 30, 2011, more than 159,000 government contracts were awarded to firms in Virginia with a total value of $42.8 billion. That’s equivalent to 10 percent of Virginia’s gross state product.
In fact, Virginia received more contract awards than any other state. California was second with $40.3 billion, which equals only 2 percent of its gross state product.
From this perspective, Virginia’s economy is clearly at risk of being harmed by a reduction in government spending. A report published in July by Stephen Fuller, an economist at George Mason University who conducted the analysis along with Chmura Economics & Analytics, comes to the same conclusion.
Sequestration could lead to a loss of 207,571 jobs in Virginia during fiscal years that ended Sept. 30, 2012, and Sept. 30, 2013.
More than half of those jobs — 136,191 — would be lost from cuts to the Department of Defense. Because the 2012 fiscal year has ended, this forecast suggests some losses have already occurred, but the majority would fall in the current fiscal year.
For instance, employment in the state expanded by 41,775 jobs, or 1.1 percent based on the latest data through November 2012 compared with the previous 12 months — slightly slower than the 1.4 percent gain in the nation. Looking ahead, Congress likely will pass a budget that reduces spending, but it won’t be as dramatic as what would have occurred with sequestration.
From that perspective, Virginia employment is expected to expand 0.9 percent in 2013 compared with 1 percent in the nation.
But if sequestration occurs, the state and the nation will experience much slower growth.
For example, the U.S. gross domestic product would grow only at 0.9 percent with sequestration, but 1.8 percent without.
In Virginia, employment growth likely would contract in 2013 if sequestration occurs, and, if that happens, it would be defined as a recession.
Certainly, Virginia’s proximity to the nation’s capital has its advantages when the federal government is expanding.
The need to cut our deficit means that Virginia’s economy will bear more of the pain than most other states.

Latest posts by matt ohern (see all)
This entry was posted in Defense, Economy. Bookmark the permalink.