This is the Green New Deal Economy. Enjoy 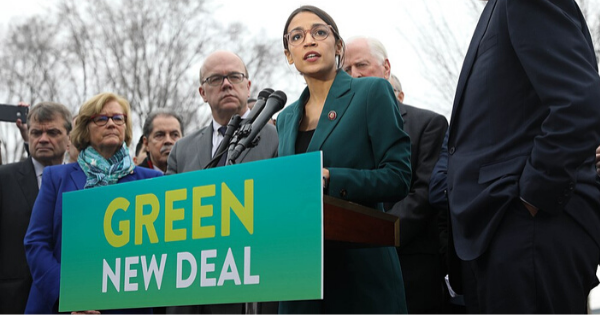 If all else fails in achieving your green energy dreams, you can always hope for a depression.
In Italy, the COVID-19 depression has already dropped electricity demand by about 18-21%, as reported recently by Utility Dive. The regional transmission organizations around the United States are seeing declines, as well, and I’ve been told (no data, but a reliable source) that the load of PJM (a regional electricity transmission organization) is approaching a 10% drop. Past recessions have included electricity usage declines.
“We don’t have a complete picture yet of what the impacts are, but we can tell you that the shift in work patterns and business closures is likely behind subtle shifts in electricity use,” PJM spokesman Jeff Shields (told Utility Dive) in an email.
PJM’s highest electricity use is now coming in a little later in the morning, and the grid operator expects electricity use to “drop to some degree if schools and businesses continue to stay shuttered because of the coronavirus. Electricity use will more closely resemble weekend days.”
Virginia, of course, is part of the PJM Interconnect, so that drop in seasonal electricity demand includes us. Will the demand reduction over the next few months achieve even long term goals set the Regional Greenhouse Gas Initiative, every potential goal set by the Transportation and Climate Initiative, and all the demand drops envisioned in the recently passed Virginia Clean Economy Act?
So, are you liking the economy that goes along with that? This is indeed what it looks like. The people at headquarters for Britain’s Extinction Rebellion movement are denying authorship, but somebody is plastering up signs in its name claiming humans are the disease and Corona is the cure.
In fairness, the drop in demand will reverse (all rational people hope) when the economy ramps back up, but perhaps not all at once, and perhaps not without resistance. The financial crisis which has wiped out so much wealth will linger beyond that point, something already noted by the renewable energy developers hot to start building in Virginia. This was a topic March 27 for Virginia Mercury, worried that the promises of the omnibus clean energy package won’t be financed now.
It was a banner moment for environmentalists. Among the promises they secured were state commitments to build out 24 gigawatts of solar, wind and energy storage by 2035 — almost 40 percent more than the existing capacity of the fossil fuel units owned by the state’s largest utility, Dominion Energy — and annual targets that would bind the utilities to progressively including more and more renewables in their energy portfolios.
“Almost 40 percent more than the existing capacity…” That’s the key fact that keeps getting overlooked. The 2020 legislation should have been called the Clean Energy We Don’t Actually Need Act. There is not a single scenario, even in Dominion Energy Virginia’s dreams, where that capacity is needed in Virginia or in PJM over the next 25 years. The bill left in place all the new natural gas plants and two large coal plants owned by Dominion.
There is nothing in the new law that allows the State Corporation Commission to hold up a single project on that basis, need. The SCC most certainly cannot say no to the $8 billion offshore wind project which will really cost us ratepayers more like $14 billion over time. That’s $14 billion for energy (1) we don’t need, (2) that could be obtained for a far better price if we did, (3) from a project that fails every measure for rational capital use.
If the new workforce mandates I wrote about in an earlier column are bricks on the life raft for Virginia’s economic recovery, this turkey of a bill is a pallet of cinder blocks.
The U.S. Energy Information Agency is viewed as fairly detached from the ideological wars around carbon emissions. It looks at various electricity generation modes and scores them on economics, the levelized cost of energy (LCOE) being the best know metric. Offshore wind has a lousy score on that, given the high capital cost and the 40% or so capacity factor, in that some days the wind just doesn’t blow. The most recent EIA analysis I found put a capacity-weighted LCOE on offshore wind at $115 per megawatt hour.
EIA uses another interesting measure, the leveled cost of avoided energy (LACE.) “LACE accounts for the differences in the grid services each technology is providing and recognizes that intermittent resources, such as wind or solar, have substantially different duty cycles than the baseload, intermediate, and peaking duty cycles of conventional generators,” EIA writes.
If a project produces intermittent power, but otherwise has a low cost of energy, then it still makes sense to build it. If it has bad scores on both, it’s a bad use of capital. EIA calls that the value-cost ratio, and if that falls below one, don’t do it. No existing technology has a lower value-cost ratio than offshore wind, 0.32 on the EIA chart. Solar now has an excellent score, 1.11. Onshore wind, hydro power and geothermal also do well.

That chart above is based on projects entering service in 2025 and here is another one projecting scores for projects out to 2040. Offshore wind looks only a bit better.
So how did the General Assembly order us to spend $14 billion in our capital over the next decade or so? Simply the worst capital decision in the history of the Commonwealth, unless campaign contributions and political brownie points are entered in the equation.
The good news is that if solar developers are going to be struggling for capital for projects with good value-cost scores, with little risk, finding investors or lenders for that offshore wind ziggurat will be doubly difficult. At some point, people will realize that most of the money, despite promises to hire local for the short-term construction work, will go to European countries. Their economic depression could exceed ours in length and depth. That’s why the national Democrats are going to pull out all the stops to add new financial sweeteners for their favorite donors.
Stephen D. Haner is Senior Fellow for State and Local Tax Policy at the Thomas Jefferson Institute for Public Policy. A version of this commentary was originally published in Bacons’s Rebellion on March 27, 2020.

Stephen D. Haner is Senior Fellow for State and Local Tax Policy at the Thomas Jefferson Institute for Public Policy. He may be reached at steve@thomasjeffersoninst.org.
View all posts by Stephen D. Haner →
This entry was posted in Economy, Environment. Bookmark the permalink.

2 Responses to This is the Green New Deal Economy. Enjoy