EPA Assault on States' Sovereignty–and You! 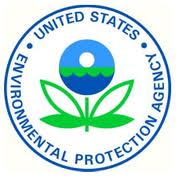 The EPA since 2009 has adopted a confrontational relationship with the states. This power grab does not impact just the states, but you and your pocketbook. In fact, an Illinois congressman said this about EPA: “There is an outlaw in Washington…and Congress must police it.”
A new report issued by the American Legislative Exchange Council entitled “The U.S. Environmental Protection Agency’s Assault on State Sovereignty” demonstrates how out of control EPA has become. (Look at the attacks on Iowa and its regulation of CAFOs.) The report claims “EPA takeovers of state programs are up an astonishing 1900%.”
The report suggests this increased number has occurred mostly in the Obama administration.
The report is clear in explaining that EPA is no longer engaging in working with the states and allowing the states to have the primary responsibility of cleaning up the environment. EPA seems to be only interested in command and control of virtually every aspect of American society.
Sue and settle
The report attacks a strategy of EPA’s known as sue and settle. Because so many states are governed by Republican governors, EPA has substituted state participation by working with groups such as the Sierra Club and NRDC.
The report points out, “The practice involves friendly lawsuits that go straight to settlement discussions, during which EPA and the environmentalists litigants negotiate policy.”
ALEC claims that 40% of EPA’s regulatory takeovers from the states are a result of the sue and settle strategy.
According to the report, “Since 2009, the EPA has imposed at least $13 billion in annual regulatory costs that resulted from sue and settle litigation.” These are what one would call sweetheart settlements because frequently the states are not notified by EPA. Even worse, ALEC describes a North Dakota Attorney General who sought to intervene in a case involving North Dakota, and if you can believe this, a court kept North Dakota out of the case and negotiation.
Many of you are familiar with the fact that coal mining is being squeezed out of business in this country. Coal-fired power plants are shutting down with increasing frequency. Part of this retirement of megawatts of power is caused by lower-cost natural gas. EPA is also a culprit because it has proposed and is implementing regulations to control carbon pollution.
These regulations effectively ban the construction of new coal-fired power plants. EPA has already issued rules which regulate existing coal-fired power plants, and ALEC believes these regulations will lead to the retirement of 81,000 megawatts.
Congressional vision?
The ALEC report describes the congressional vision for EPA when it originated in 1970. In theory, there was to be cooperative federalism meaning that EPA and the states would work cooperatively to have a balance between environmental protection and economic progress.
Congress made clear that air and water pollution prevention was to be the primary responsibility of states and local governments.
“EPA has radically altered this balance of power,” says ALEC.
The report should be required reading on Capitol Hill. It should be required reading for every state legislator because as the congressman from Illinois states, “There is an outlaw in Washington…” If EPA is not controlled by legislators and Congress, then there is no one to police it.
In the end, the harm is visited on not the states, but you.

Latest posts by matt ohern (see all)
Share this article on:
This entry was posted in Agriculture. Bookmark the permalink.