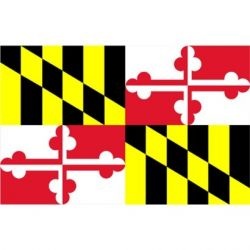 Our high-tax neighbor Maryland is hemorrhaging residents as it struggles to maintain funding for its big-spending government. As Change Maryland’s chairman Larry Hogan noted recently in Reason magazine, the state experienced a net out-migration of 31,000 residents between 2007 and 2010—and 11,500 of them now live in lower-tax Virginia.
In addition, corporate relocation decisions are benefiting the Old Dominion. Last fall, Bechtel announced it would move its headquarters from Frederick, Md., to Northern Virginia—a gain of more than 600 jobs for our state. Northrop Grumman, as it planned to leave California, looked around the Mid-Atlantic region and chose Virginia for its new headquarters in 2010.
Among the other major businesses that have picked Virginia over Maryland are Computer Sciences Corp., Hilton Worldwide, and Volkswagen North America.
Tax-and-spend Annapolis seems to have learned no lessons from these developments. In May, the legislature enacted major new tax increases—atop all the other tax hikes it and Governor Martin O’Malley have been responsible for since he took office in 2007.
The state’s top personal income tax rate is now 9 percent; its flat-rate corporate tax has gone to 8.25 percent. More than 300,000 Marylanders will now pay higher income taxes. Adding a touch of insult to injury, the legislature also doubled the “flush tax” on sewage bills for residents in the extensive Chesapeake watershed. That’s another $30 a year out of pocket.
As the Richmond Times-Dispatch noted last month when commenting on the Maryland tax package, “The Free State” has become “an odd nickname.”
Six other states lost even more people than Maryland in the three-year period: high-tax California and several in the high-tax Rust Belt such as Michigan, New York, and New Jersey. Not a league that a prosperous state wants to be in.
Certainly various factors are involved when people move. Change Maryland’s liberal think-tank counterpart, the Maryland Budget and Tax Policy Institute, told the Washington Times the main reason for residents’ out-migration was probably high housing costs.
But it’s hardly an accident that Virginia, the destination for so many disaffected Marylanders, is a  lower-tax state. Overall, the tax hikes Maryland legislators imposed in May’s special session gave their state the fourth-highest top state-plus-local bracket in the country: 8.95 percent, compared with Virginia’s 5.75 percent – a rate 56% higher here in Virginia!
Change Maryland also points out that an analysis of IRS tax data shows the departure of so many residents seriously hurt the state’s tax base. In suburban Montgomery County alone, out-migration reduced the tax base by $22 million between 2007 and 2010.
As the policy institute’s chairman Hogan says in a recent statement calling attention to the out-migration: “The benefits of a growing tax base ease the pressure to raise revenues and, conversely, a shrinking tax base often leads to a troublesome tax-and-spend downward spiral as actual revenues fail to meet estimates.”
In a recent Forbes magazine article titled “The Anachronism of State Income Taxes,” free-market fiscal expert Peter Ferrara said such taxes are the most economically destructive of all, since they “tax directly the reward for work, savings, investment, and entrepreneurship.” The comparisons he cites in relative economic health (as measured by increases in gross state product) are striking. The nine states without an income tax did far better between 1998 and 2008 than the nine with the top personal income tax rates.
The Thomas Jefferson Institute recently urged elimination of Virginia’s onerous BPOL and Machine and Tool Tax and one  other job-killing business tax—while making our local governments whole by adding new, more economically rational sales taxes to now-exempt services other than health care. The plan would also end the state income tax for low earners while reducing it for others.
Independent economic modeling suggests that one version of the Jefferson Institute proposal would increase jobs by more than 49,000, while another would grow jobs by 77,000. Of course, debate is always healthy. But these proposals by the Jefferson Institute should be viewed in light of Maryland’s sad experience, as well as improving the business policy and economics in the Old Dominion.

(David Frisk is a journalist, author and Senior Fellow at the Thomas Jefferson Institute for Public Policy.  He can be reached by email at Davidfrisk2@gmail.com)

Latest posts by matt ohern (see all)
Share this article on:
This entry was posted in Taxes, Top Story. Bookmark the permalink.